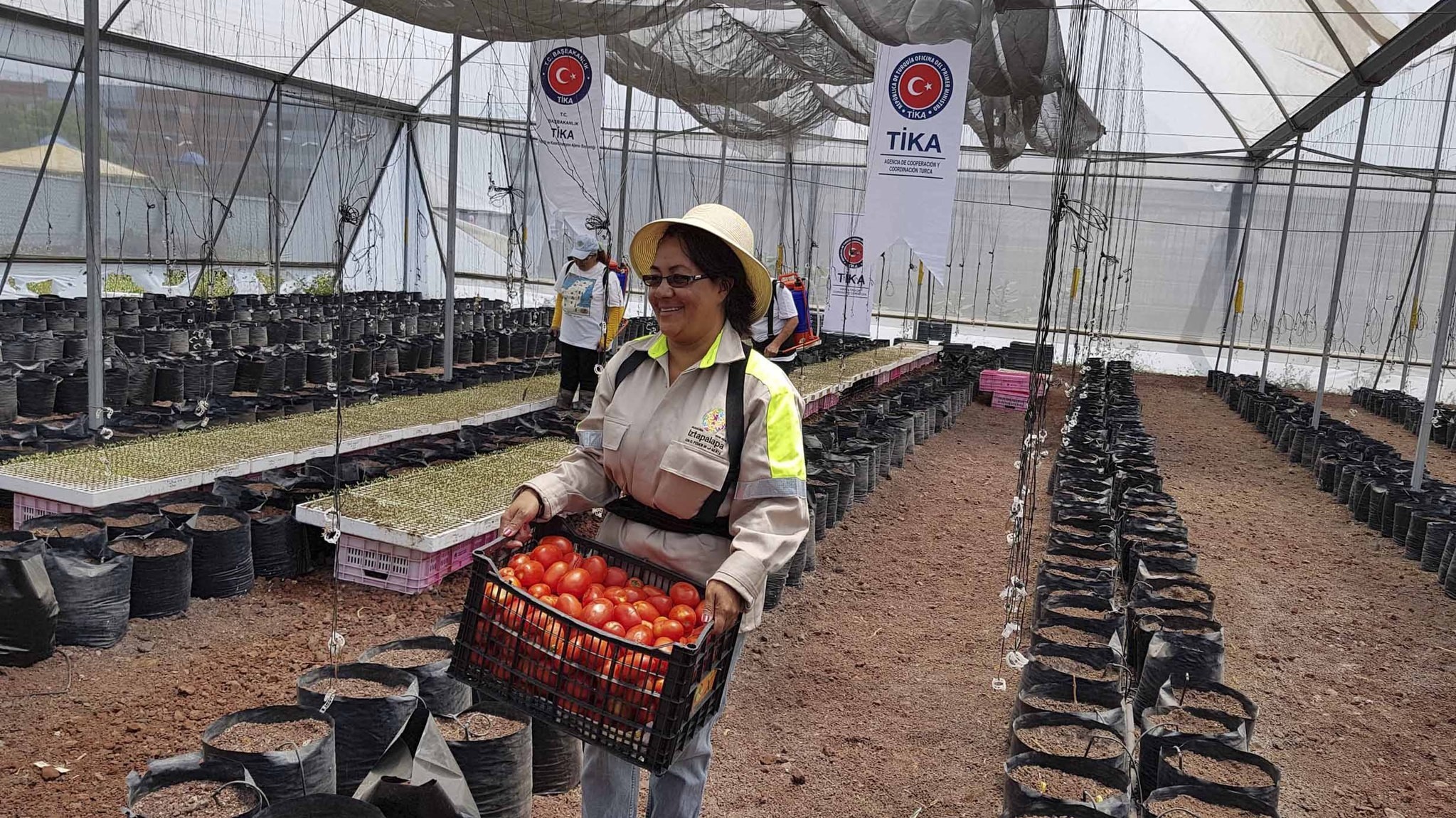 Turkish Cooperation and Coordination Agency (TİKA) has established two greenhouses in Mexico which will provide food to 300,000 people in a year, the state-run agency said earlier this week.

The greenhouses were established in the Iztapalapa district of Mexico City, where migration from rural areas and inadequate public services have rendered a large population marginalized, according to a statement.

The vegetables produced in the greenhouses will be distributed to needy families. Education on vegetable cultivation will also be provided to women.

Last year, due to the harsh weather, the greenhouses were damaged and the workshops offered to women were cancelled.