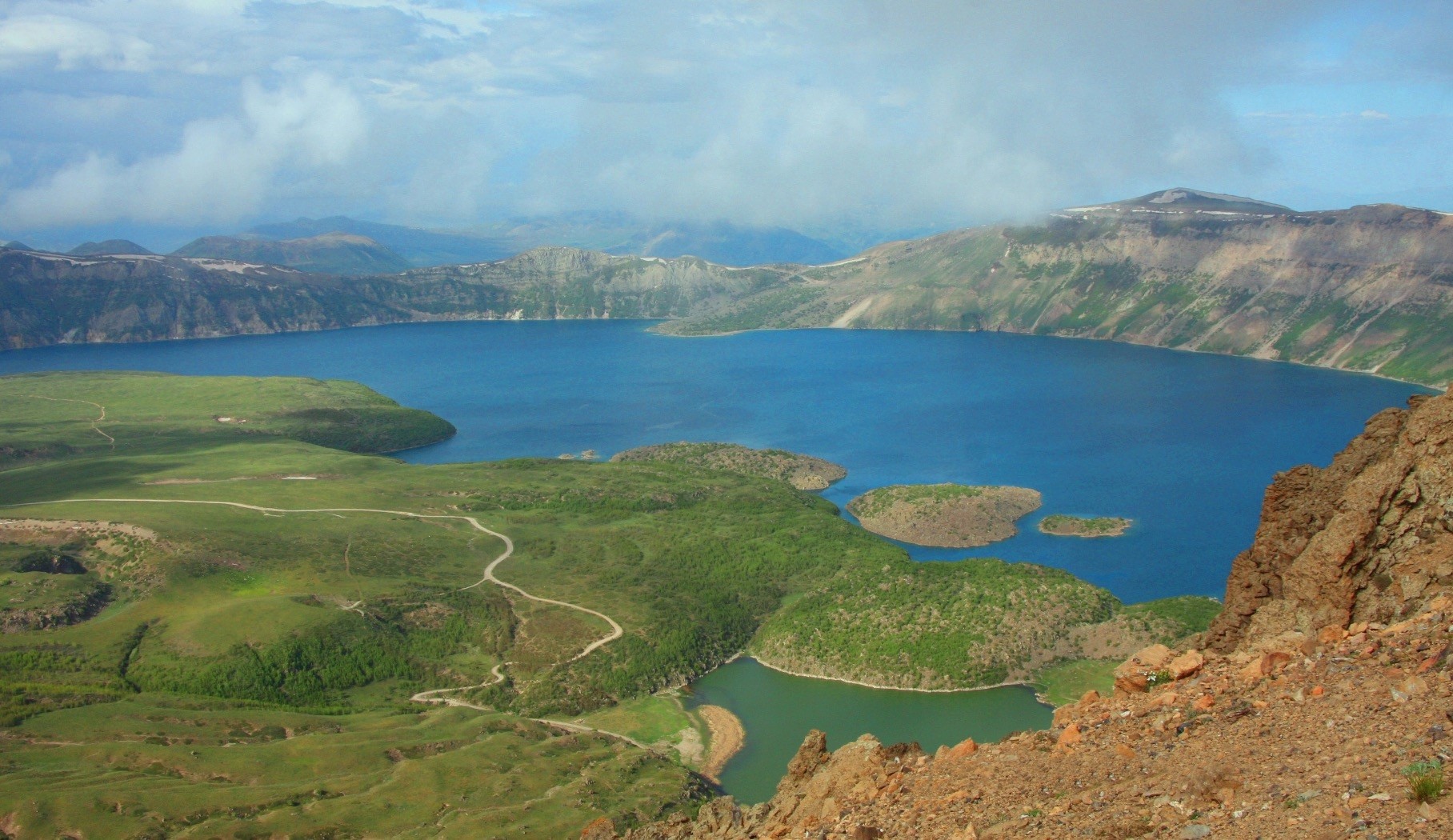 The world's second-largest crater lake, Nemrut, in eastern Turkey continues to attract domestic and international tourists due to its breathtaking beauty.

The lake is one of the most important tourist destinations in the eastern city of Bitlis with its hot and cold-water crater lakes, ice caves, steam chimneys and bird species.

Located in the Tatvan district of the city, the lake occupies a part of Nemrut Caldera at an elevation of 2,250-meters and a 13 square kilometer surface area.

The site was named the winner of the 2010 Award for Excellence in the European Commission's European Destinations of Excellence category.

People from around the world come to see the natural wonder. A French couple, Mickael Tetuanui Tuahiva and Anais Pichard, said they had set off from France a month ago and were now camping at Nemrut Caldera.

Tuahiva told Anadolu Agency (AA) that they visited Lake Bafra in the Black Sea province of Samsun and Cappadocia in central Nevsehir province before coming to Nemrut. "Turkey is a nice country. People are good. Their hospitality is amazing," he said.

Pichard said they would share their pictures of Turkey with other French people, many of whom have not seen such unique sites. "Because people in France don't know about these places."

Another tourist, Ahmet Dağdeviren, said he was camping in the area with his friends. "I'm happy to be here. You are alone with nature, and I think there are many mysteries to discover here," Dağdeviren said.