US to miss Paris climate pact commitment by a third, report says 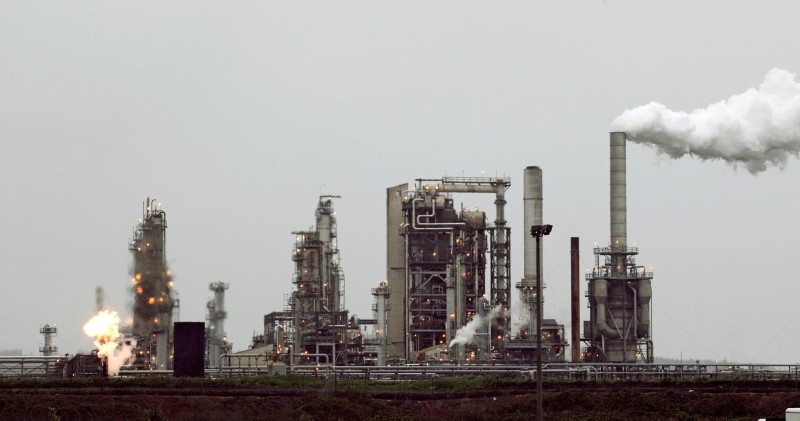 The United States will fall short by a third on its commitment under the Paris climate treaty to reduce greenhouse gas emissions, according to a report released Wednesday in San Francisco.

A crescendo of efforts at the sub-national level by states, cities and business to shrink the country's carbon footprint will not fully compensate for President Donald Trump's decision to scrap his predecessor's climate policies and promote the use of fossil fuels, it found.

"The Obama target was always going to be a stretch," co-author Paul Bodnar, managing director of the Rocky Mountain Institute, told journalists.

"This work shows definitively that states, cities and businesses have the power to bring the nation to the brink of that ambitious target through their own authorities."

"Current federal and real economy commitments, combined with market forces, will drive U.S. emissions to 17 percent below 2005 levels by 2025 -- roughly two-thirds of the way to the original US target," the report found.

Under the 196-nation Paris Agreement, the United States made a voluntary pledge to cut carbon pollution 26-28 percent by 2025.

The 2015 treaty marked the first time that all countries -- including emerging giants such as China and India -- laid out specific targets for greening their economies.

The new projections are conservative in so far as they assume no help from the federal government over the next six years.

But even without a Democrat in the White House in 2020, up to 90 percent of U.S. targets could still be met if non-state actors double down on climate action, they found.

On Monday, outgoing governor Jerry Brown signed legislation committing the state to purging greenhouse gases from its electricity grid by 2045, replaced by energy generated mostly by solar and wind power.

"We all have the opportunity and the obligation to do our part to combat climate change," he told AFP after signing the bill into law.

The fifth largest economy in the world, California has also adopted targets that would see its emissions fall at least 40 percent below 1990 levels by 2030.

Trump -- who vowed to pull out of the Paris Agreement months after gaining office -- wants to relax pollution rules for coal-fired power plants and roll back car-mileage standards, the twin pillars of President Barack Obama's Clean Energy Plan.

He has also challenged the Golden State's right to set it's own vehicle fuel standards.

The transport sector is the single largest source of man-made greenhouse gases in the United States.

U.S. mayors, governors and business leaders -- under the banner "We Are Still In" -- have pushed back by adopting more ambitious targets at the local level.

Taken together, these jurisdictions represent about half of the US economy, the equivalent of the third-largest country in the world, according to the report.

"But even more is needed to fill the remaining emissions gap and reduce risks from droughts, wildfires and superstorms bearing down on American communities."

As if to illustrate the point, a monster hurricane exhibiting unusual patterns consistent with the influence of global warming is barreling toward the U.S. eastern seaboard, and projected to make landfall Thursday or Friday in the Carolinas.