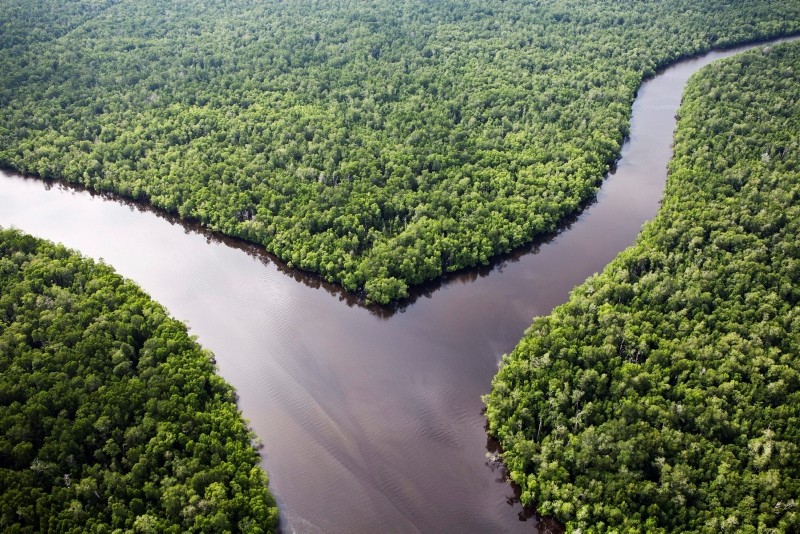 A handout picture released by Greenpeace on 21 March 2012 and taken on 28 February 2012 shows untouched forest in the Sungai Sembilang National Conservation Park in South Sumatra, Indonesia. (EPA Photo)
by Sep 19, 2018 12:00 am

Palm oil companies supplying some of the world's largest brands have destroyed 130,000 hectares of Indonesian rainforest since 2015, environmental group Greenpeace said in a report released Wednesday.

The area destroyed by the 25 palm oil groups is almost twice the size of Singapore, Greenpeace said.

At least 20 of the palm oil groups supply 12 global brands, including Unilever, Nestle, Colgate-Palmolive and Mondelez, the report said.

Greenpeace said 40 per cent of the deforestation took place in the eastern province of Papua.

The group said that habitat destruction, much of it caused by the palm oil industry, has led to the loss of half of the Bornean orangutan population in just 16 years.

The wildlife conservation group WWF estimates that there are now about 104,700 Bornean orangutans in the wild.

More than three-quarters of the 1,000 square-kilometer Tesso Nilo national park, home to tigers, orangutans and elephants, has been converted into illegal palm oil plantations, Greenpeace said.

Around 24 million hectares of rainforest were destroyed in Indonesia between 1990 and 2015, according to Indonesian government figures.