Into the wild: Atatürk Arboretum a safe haven for nature in the heart of Istanbul 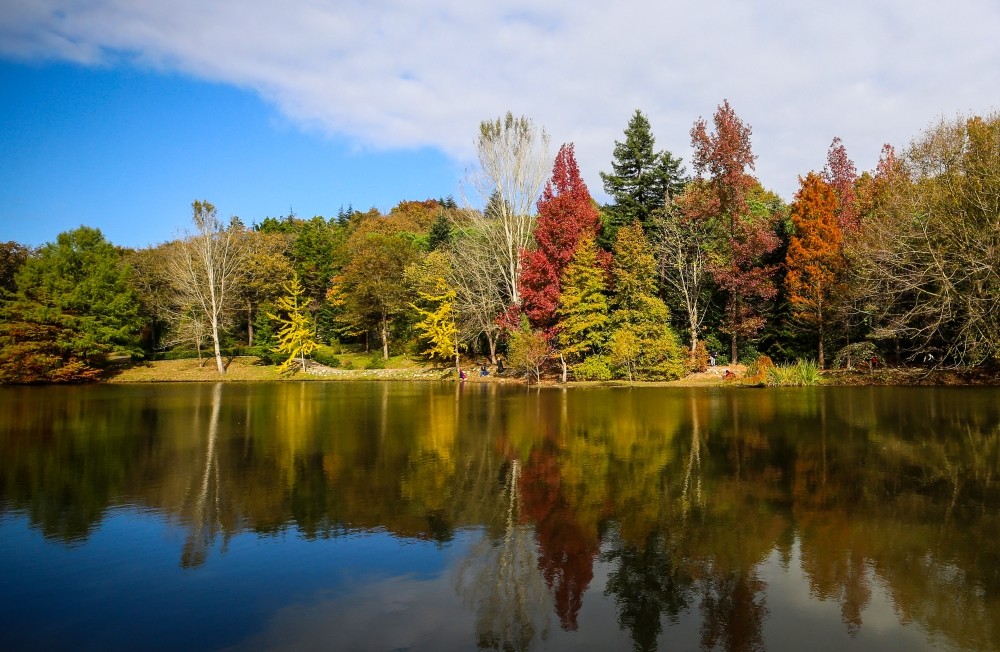 It is hard to find a place in Istanbul where you can escape from the big-city rush and enjoy the blessings of the mother nature. Located in Sarıyer, the arboretum, which is a kind of botanic garden, is a part of the Belgrad Forest, the largest forested area in Istanbul. The arboretum, one of the two arboretums in Turkey, was founded within the borders of Belgrad Forest in 1949 but in time, the endemic plants as well as the trees that surrounded the garden grew, taking over a 296-hectare area. Presenting a number of endemic plants in Turkey, the Atatürk Arboretum is also home to several different plant and tree species coming from all over the world.

In 1949, professor Hayrettin Kayacık of the Faculty of Forestry at Istanbul University proposed that an arboretum can be founded in Istanbul. Between 1959-1961, Camille Guinet, inspector of the Sorbonne University's botanical garden, planned the road network inside the arboretum. However, due to the financial problems, it took the arboretum grow a while and it was finally open July 12, 1982 to celebrate the 100th birthday of Mustafa Kemal Atatürk, the founder of the Republic of Turkey. Today, the arboretum offers a place where city dwellers can escape to and listen to the wind passing through the branches of the trees and hear birds singing. During autumn, the arboretum adorns all the colors of the season from yellow to brown and green, resembling an oil painting. The arboretum is popular every season but visiting the garden this time of the year is an absolute delight.

Those who want to spend quality time with their loved ones and get away from the chaos of the big city head to the arboretum early in the morning and enjoy a nice and quiet stroll among the tree while trying to capture the best shot of the garden with their phones or sometimes with professional cameras.

Welcoming more than 500 guests every day, the Atatürk Arboretum is home to 2,000 different plant species. There is an artificial lake in the middle of the arboretum where the visitors can observe the plants and trees that can only grow near wetlands including the Taxodium distichum (Bald Cypress) which is told to be able to live on for 2,000 years. However, if you are thinking that having a picnic in such a beautiful place is a good idea, it is not since there is no food allowed from outside in the arboretum. However, if you are academically interested in botany, you can take a tour and observe the scientific works of the botanists or turn the place into an open air photo studio as long as you receive permission.. The Atatürk Arboretum is open every day until 05:00 p.m. except for Mondays. The entrance fee TL 2.50 ($0.45) for students and TL 7.50 for adults in weekdays and TL 7.50 for students and TL 20 for adults on weekends.