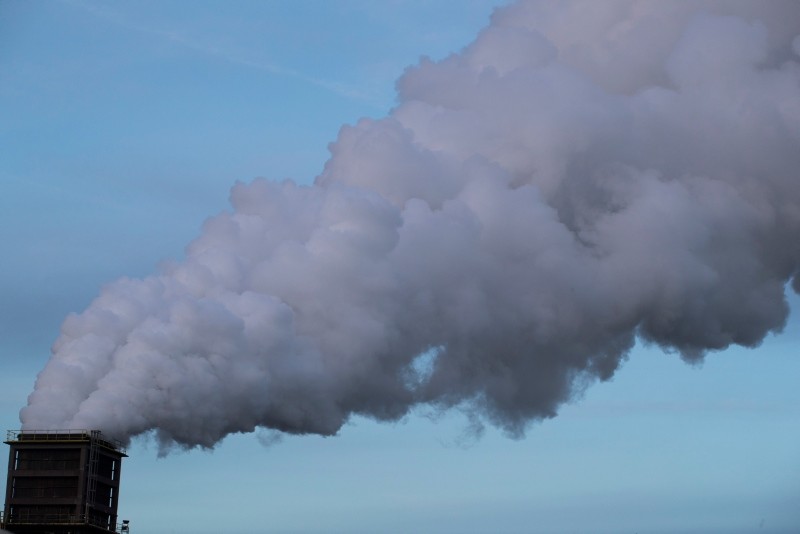 The United States and Saudi Arabia rank last when it comes to curbing climate change among the 56 nations accounting for 90 percent of planet-warming greenhouse gas emissions, researchers said Monday.

A large number of laggards means the world is dangerously off-track when it comes to slashing the carbon pollution that has already amplified droughts, flooding and deadly heatwaves worldwide, they reported on the margins of United Nations climate talks in Katowice, Poland.

"Only a few countries have started to implement strategies to limit global warming well below 2 degrees Celsius (3.6 degrees Fahrenheit)," the cornerstone target of the 2015 Paris climate treaty, according to NewClimate Institute and Germanwatch, an NGO.

Most governments "lack the political will to phase out fossil fuels with the necessary speed."

After holding steady from 2014 through 2016 — raising hopes that humanity had turned a corner on climate change — carbon pollution started to climb again last year, driven by increased use of oil, gas and coal.

A major U.N. report in October concluded that CO2 emission levels must drop a quarter within 12 years to stay under 2C, and by half over the same period to cap warming at 1.5C, seen as a safer guardrail against catastrophic extreme weather.

Sweden and Morocco scored highest in the annual ranking, the survey showed, with Britain, India, Norway, Portugal and the European Union as a whole in the top tranche as well.

The three-place podium, however, was left empty because no country's policies and actions were deemed sufficient, it said.

Countries must urgently increase their targets and scale up action to implement them.https://t.co/E7nYGgBv1p pic.twitter.com/OYc4ga2eOE

Other nations at the bottom of the list included Iran, South Korea, Australia, Canada, Russia, Turkey and Japan.

In determining a score, the Climate Change Performance Index looked at each country's progress in reducing greenhouse gas emissions, building up renewable energy such as wind and solar, energy use, and its climate policies.

On current trends, the world is on track to heat up four or five degrees Celsius by century's end.

National pledges to cut carbon pollution annexed to the Paris Agreement — if fulfilled — would still see the global thermometer rise by more than 3C, a recipe for climate chaos, according to scientists.

Earth's average surface temperature has risen by about 1C since the mid-19th century.

"The costs of electricity from wind and solar have dropped by roughly a third since the Paris Agreement, so all countries can increase ambition and pace," said co-author Niklas Hohne, a professor at the NewClimate Institute.

At the same time, however, investment in fossil fuel infrastructure — and the risk of being locked into a high-emissions future — increased.

U.S. President Donald Trump has dismantled many of the climate change policies of his predecessor, Barack Obama. He has also promoted the use of fossil fuels and tried to unwind more stringent fuel standards for vehicles.

The U.S. might have ranked last but for the ambitious climate policies of California and other states, the report said.

India's ranking, 11, improved due to a rapid installation of solar energy, a low per capita carbon footprint, and relatively aggressive targets for reducing emissions.