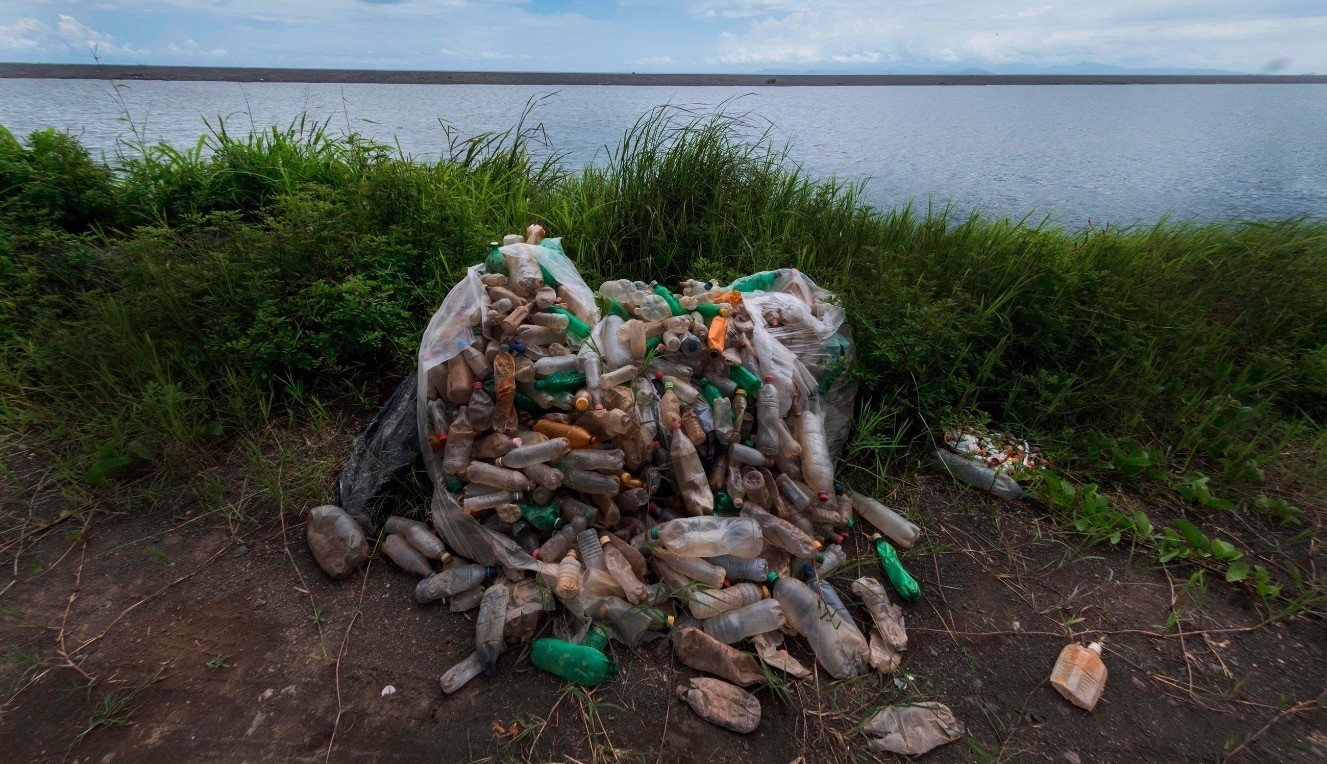 Faced with images of turtles smothered by plastic bags, beaches carpeted with garbage and islands of trash floating in the oceans, environmentalists say the world is waking up to the need to tackle plastic pollution at the source.

Stories on social media of giant seas of floating waste or a beached whale found in Indonesia with six kilos (13 pounds) of plastic in its stomach are bringing plastic pollution into the spotlight."There is no question plastic is having a moment," said George Leonard, chief scientist at the Ocean Conservancy. "We are in a moment in time where we are starting to stare the problem in the face, and we're quite optimistic and hopeful that we can solve it."

Leonard and other environmental experts are optimistic the exposure will make the problem of plastics hard to ignore and focus attention on how best to deal with such waste.

Eight million tons of plastic is dumped into the oceans each year, according to a study in the Science journal. But that is only what comes from the land, said Francois Galgani, researcher with the French institute Ifremer, estimating another two million tons could come from ships especially fishing vessels. As a consequence more than 700 species are impacted, including turtles who confuse plastic bags with the jellyfish they eat, Galgani said.

More than 5 billion plastic bags are used every year, and a ban step by step, country by country is underway, the first phase towards a possible general ban. Bags could be followed by bans on plastic straws and cotton swabs. The European Union wants to ban certain single-use plastics by the end of 2021. For Galgani, that would be good news, as it would represent around 30 to 40 percent of the plastic that ends up in the oceans.

"Everyone is working for the good cause, even industries," he said.

But according to a study in the Science Advances review, from the 8.3 billion tons of plastic produced between 1950 and 2015, 6.3 billion tons became garbage that was not very biodegradable material and only 9 percent was recycled.

For Greenpeace's Mirjam Kopp, though, recycling is not enough.

"We cannot continue this business as usual, we need to change the throw-away culture we have developed," Kopp said. "We need to tackle the problem at the source. "Industries are putting the blame on the consumers, saying they should recycle more, but we don't think it will help. They are responsible for the single-use plastics they put on the market."

The U.N. Environment agency has already declared war on plastics in the oceans and made it the environmental theme of 2018.

"We need stop treating plastic as something that we can just throw away after we have used it, and start treating it as a material that has real value," said Petter Malvik, campaign manager for the Clean Seas campaign launched by U.N.-Environment in 2017.

Already around 60 countries have joined in the campaign started in 2017 to ban non-reusable plastics.

"Although bans alone won't solve the problem, they are definitely more than just a drop in the bucket," Malvik said.

Another problem is so called "ghost nets" - fishing nets lost at sea or left intentionally and which continue to catch fish for months after. When it comes to cleaning the oceans, though, experts say the task may be far more complex. Scientists, for example, have doubts for over a giant floating clean-up device proposed by the Ocean Cleanup foundation, which aims to clear half of a huge waste deposit floating in the Pacific in the next five years.

Dubbed the "Great Pacific garbage patch", the abnormal mass of floating debris caused by marine turbulence has now reached 80,000 tons spread over an area three times the size of France, according to a study in Scientific Reports.

And if you want to clean up the ocean, Leonard says, then the surface is not the place to start. What floats on the surface - particles of micro-plastics and larger objects - is nothing compared to what ends up on the ocean floor, experts say.

So what is the solution? "Degradation," says Galgani of France's Iremer institute, referring to the breakdown of plastics. But for some plastics that means a process that may take "hundreds of years."