One of world’s coldest cities, Russia’s Yakutsk could melt away, collapse due to global warming 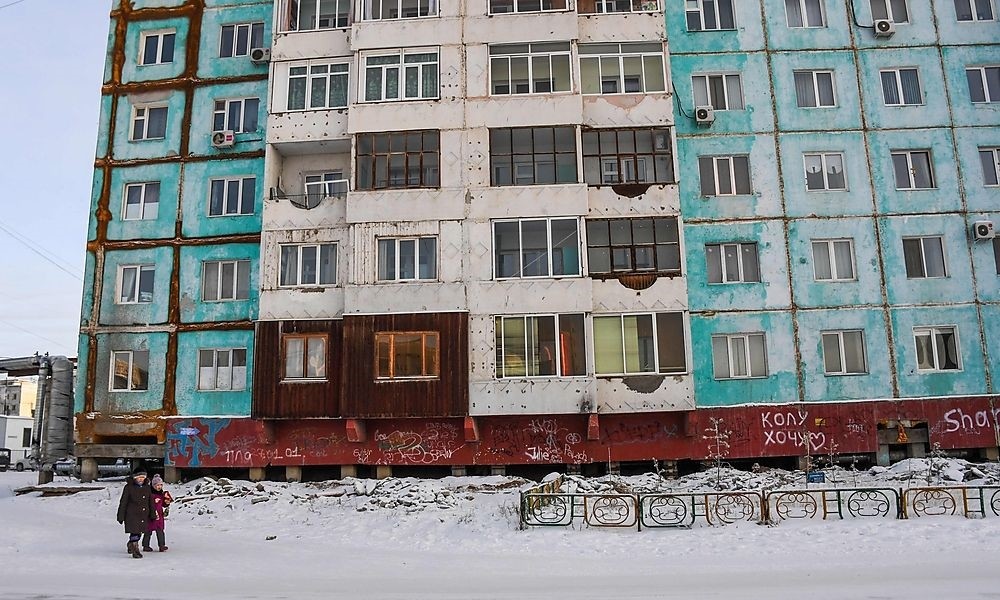 Older buildings in Yakutsk were not constructed with a warming climate in mind. (AFP Photo)
by Daily Sabah Dec 18, 2018 12:00 am

One of the world's coldest inhabited cities, Yakutsk, the capital of Russia's Sakha Republic is warming up, damaging the city's settlements which were built on permafrost that currently face the risk of melting, experts say.

The Siberian city, which sees temperatures as low as -35 to -50 degrees Celsius in winter, is warming up due to global warming which is threatening the city's ground material permafrost - a layer of soil cemented together by frozen water.

The average annual temperatures of the city have already risen by 2 to 2,5 degrees Celsius over the past decades.

"As a result of global warming we are witnessing the degradation and the destruction of our permafrost," regional lawmaker Vladimir Prokopyev told Radio Free Europe/Radio Liberty (RFE/RL).

The ground beneath the buildings has started to be give way, causing the foundations of the houses to fall apart.

Officials in the city have ordered emergency repairs for the buildings, which will only be effective for a short time since temperatures keep on rising.

A remote city in the Eastern Siberia region with a population of approximately 200,000 people, Yakutsk is among the coldest cities on earth, with several other cities from the same region.