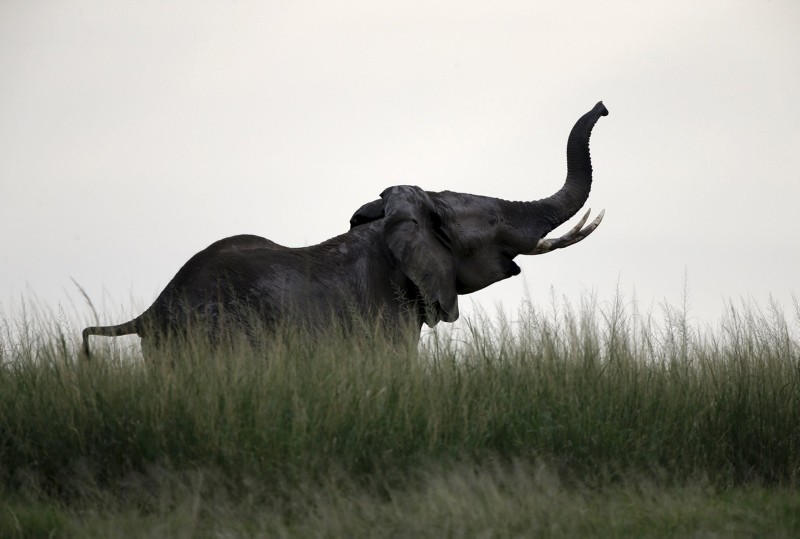 Poaching of elephants in Kenya's parks has gone down by 50 percent compared to last year, the country's wildlife authority said Thursday.

The Kenya Wildlife Service (KWS) said only 40 elephants were poached in 2018 compared to 80 last year.

It added that Kenya lost 396 elephants in 2018 compared to 727 elephants that it lost in 2017 — all factoring various causes of death including poaching, disease, drought, drowning, territorial fights, human-wildlife conflicts, accidents and old age.

KWS Director General Professor Charles Musyoki in a statement said, "Poaching of elephants also reduced by 50 percent from 80 cases recorded during 2017 to 40 cases in 2018. All ivory except for the elephants that were poached was recovered and is in safe custody."

With a focus on the deaths in the Maasai Mara Reserve which has previously been named one of the Wonders of the World and is famous amongst tourists, Musyoki said, "A total of 61 elephants have died this year, with 38 percent (23) of mortalities being as a result of natural causes, 16 percent (10) were due to human-elephant conflict, 7 percent (4) were poached and 39 percent (24) died from causes that were not immediately established."

In 2016, Kenya lit the world's biggest ivory bonfire setting ablaze 105 tons of elephant ivory (16,000 elephant tusks), claiming it to be the largest stockpile ever destroyed, to symbolize that ivory is worthless unless it is on elephants.