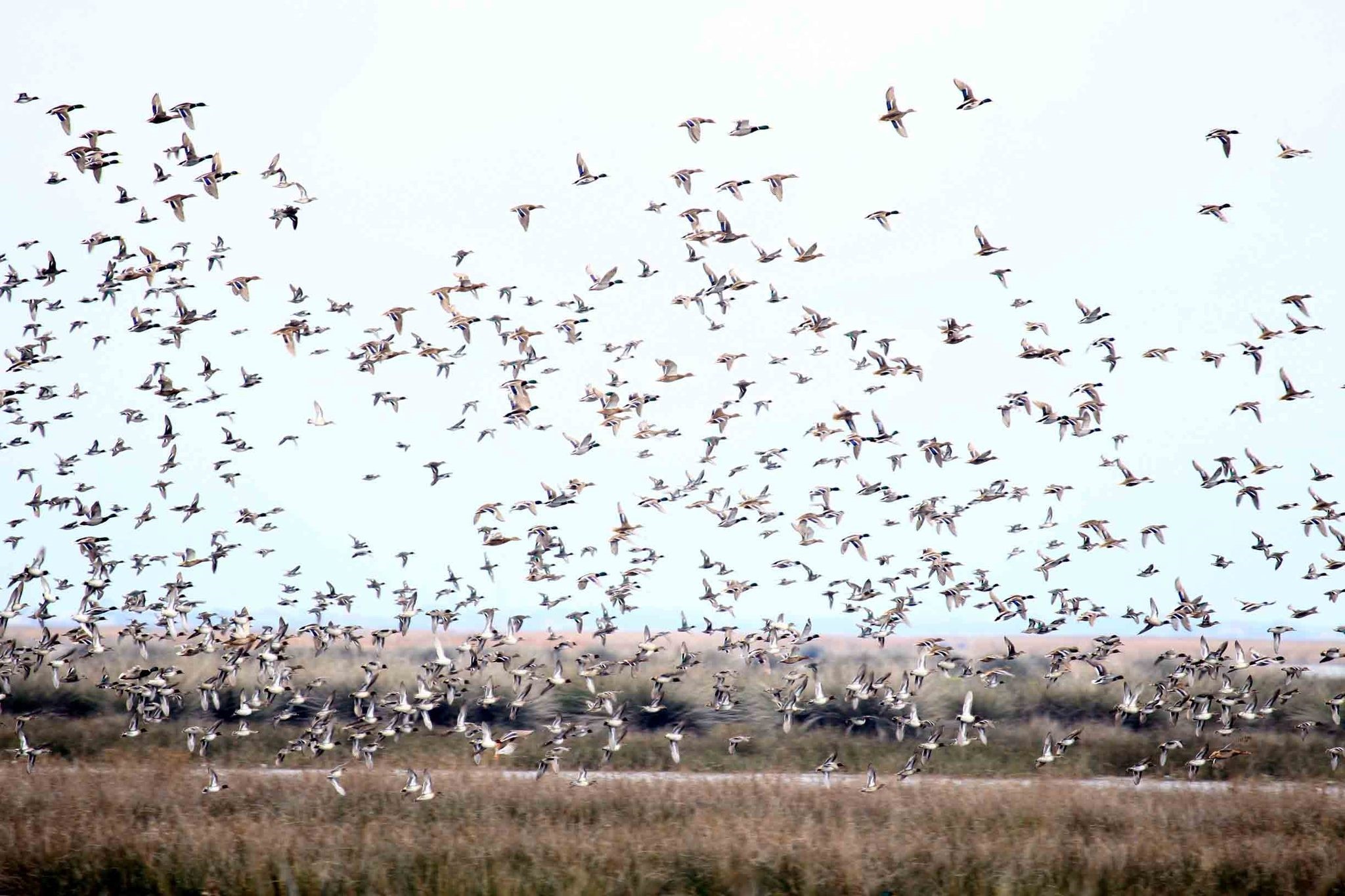 The mallards coming to the delta attract the attention of tourists.
by Anadolu Agency Jan 07, 2019 12:00 am

The Kızılırmak Delta Bird Sanctuary in Turkey's Samsun province, which is on the UNESCO World Heritage Tentative List, becomes a colorful destination in the wintertime thanks to birds migrating from Siberia.

With its 56,000 hectares, the Kızılırmak Delta Bird Sanctuary has livened up with the arrival of winter. Now, 356 out of around 400 bird species found in Turkey can be seen in the delta. The mallards coming to the delta from early December are especially important for attracting tourists and ornithologists. The fishing birds feed on the fish from the lakes and canals located in the delta.

Speaking to Anadolu Agency (AA), Nature Conservation and National Parks 11th Region Director Hasan Terzioğlu said that 21,700 hectares of the delta are composed of wetlands, of which 5,174 hectares were put under protection as a wildlife development area.

Explaining that the delta houses 356 bird species, Terzioğlu said: "Some of them return to Siberia after spending the winter here while 140 species breed in the Kızılırmak Delta. Species such as stork, crane, purple gallinule, mallard, red-crested pochard, red heron and purple heron return to where they come from after [they are done] breeding here."

The Kızılırmak Delta comprises one of the most important ecosystems of Turkey with its lakes of different sizes, reed fields, rarely flooded forests, wet meadows and a large number of living species. It was added to the UNESCO World Heritage Tentative List in 2016.