One step closer to a plastic-free planet: World wages war against plastic bags 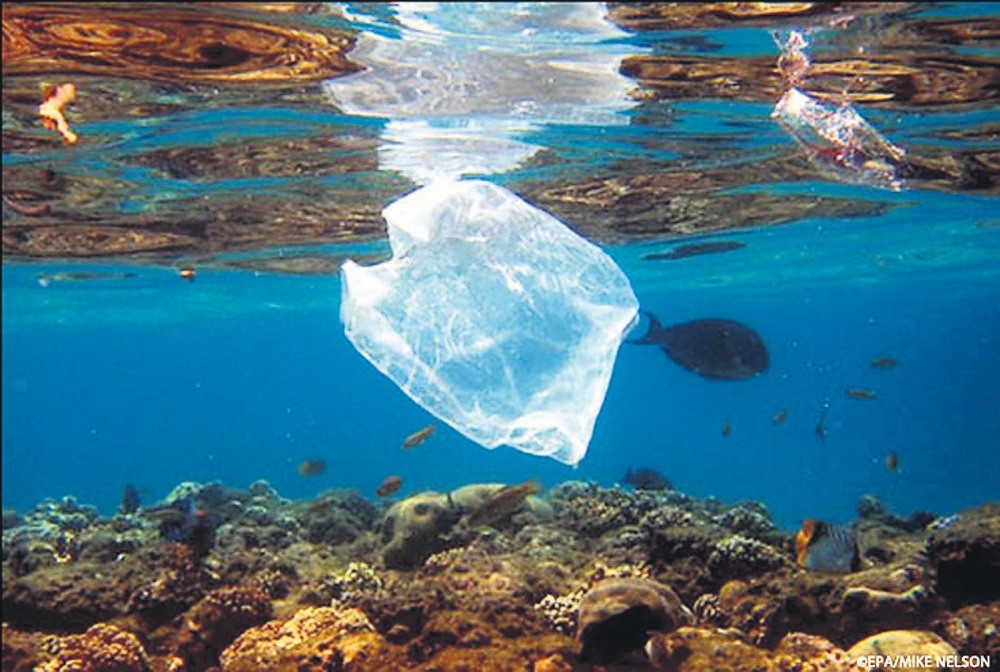 The worldu2019s oceans and their inhabitants suffer from excessive plastic bag usage.
by Daily Sabah with AA Jan 11, 2019 12:00 am

On Jan. 1, Turkey entered a new era where plastic bags will no longer be available for free. As a part of the efforts to heal our planet, the ban on and charging for plastic bags are huge steps

Single-use plastic bags not only cause huge mountains of garbage in dumpsites but also find their way into the ocean, polluting the habitat and resulting in the deaths of millions of fish, whales and other sea animals. Every year, more than 1 trillion plastic bags are produced around the world and approximately 8 million find their way into the oceans, causing irreversible pollution. To prevent or minimize the use of plastic bags, countries around the world are taking precautions including introducing taxes, charging fees or banning plastic bag use altogether. The law on plastic bags entered into force on the first day of the new year in Turkey and shops began to charge customers for every plastic bag they use for their shopping.

Although some consumers protested the new law in Turkey, such laws against plastic bags have been practiced for many years now around the world.

In 2015, the European Parliament made regulations on decreasing the use of plastic bags by 80 percent by 2019. Three years later in 2018, the European Parliament granted approval to limit the use of plastic bags as they are the number one source of ocean and coastal pollution. According to these parliamentary regulations, plastic cotton buds, plastic tableware and straws will be banned starting in 2021, and the goal to recycle 90 percent of used plastic bottles.

In Germany, shops have been banned from giving free plastic bags since 2016. Instead of plastic bags, consumers are advised to use more eco-friendly choices, such as cloth bags and cardboard boxes.

The U.K. has been charging for single-use plastic bags since 2015. However, British nongovernmental organizations (NGOs) are urging the government to charge for plastic bottles, straws, cotton buds and coffee cups as well. According to the latest data, 4.7 million straws, 316 million plastic coffee cups and 1.8 million plastic cotton buds are used annually in the U.K., and the British government is planning to ban all these plastic products by 2020.

The same drop was experienced in other countries as well. In the U.K., after the law on charging for single-use plastic bags went into force, the number of plastic bags annually used per person dropped from 140 to 19.

World stands up for a better environment, future

Starting in 2008, China banned the use of plastic bags altogether, while New Zealand plans to exercise the same practice starting in July 2019.

In Russia, however, where 181 plastic bags per person are used annually, there are no regulations on one of the biggest enemies of the global environment. Although Russian President Vladimir Putin previously tasked the relevant ministry with developing regulations on plastic bags, there have been no concrete solutions to the problem.

Some countries are strict when it comes to plastic

The world's first ban on single-use plastic bags was implemented in Bangladesh. Bangladesh, one of the countries that is impacted the most by environmental pollution, banned the use of plastic bags in 2002. However, the strictest country when it comes to plastic bags is Kenya. According to a law that went into force in 2017, people who use, produce or sell plastic bags can be given four years in jail or fined up to $38,000.

Almost half of the countries that ban the use of plastic bags are located in Africa.

Up until 2018, the average plastic bag use per person annually was 440 in Turkey. However, with the new law, which charges for every plastic bag given in shops, the use of plastic bags per person is expected to drop to 40 by 2025.

As a part of the zero-waste movement, each plastic bag is given to the consumer in exchange for TL 0.25 ($0.05). In the first four days after the law went into force, it has been reported that the daily use of plastic bags decreased by 50 percent.