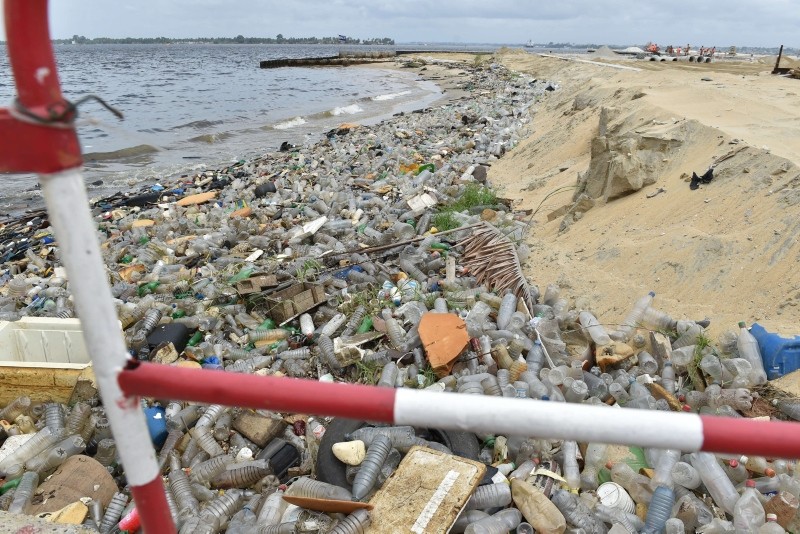 Plastic bottles and other waste lie on the sand after being washed ashore near the port of Abidjan on August 5, 2015 despite efforts by the government to promote a greener economy by banning plastic bags. (AFP Photo)
by Anadolu Agency Jan 16, 2019 12:00 am

An alliance of global companies from the plastics and consumer goods value chain launched a new organization on Wednesday to advance solutions to eliminate plastic waste in the environment, especially in the ocean.

The cross-value chain Alliance to End Plastic Waste (AEPW), which currently consists of 28 member companies including energy giants such as Total, Shell and ExxonMobil, has committed over $1 billion to help end plastic waste in the environment and enable a circular economy, according to a press release.

The not-for-profit organization, which has been working with the World Business Council for Sustainable Development as a founding strategic partner, aims to invest $1.5 billion over the next five years.

The alliance will make investments and drive progress in four key areas:
1) Infrastructure development to collect and manage waste and increase recycling
2) Innovation to advance and scale new technologies that make recycling and recovering plastics easier and create value from all post-use plastics
3) Education and engagement of governments, businesses, and communities to mobilize action
4) Clean-up of concentrated areas of plastic waste already in the environment, particularly the major conduits of waste, like rivers, that carry land-based plastic waste to the sea

According to the statement, research from the Ocean Conservancy shows that nearly 80 percent of plastic waste in the ocean begins as litter on land, the vast majority of which travels to the sea by rivers.

"In fact a study estimates that over 90 percent of river-borne plastic in the ocean comes from 10 major rivers around the world-eight in Asia, and two in Africa. Sixty percent of plastic waste in the ocean can be sourced to five countries in Southeast Asia," it said.

Commenting on the launch, David Taylor, chairman of the Board, president and CEO of Procter & Gamble, and chairman of the AEPW, said this was a complex and serious global challenge that calls for swift action and strong leadership.