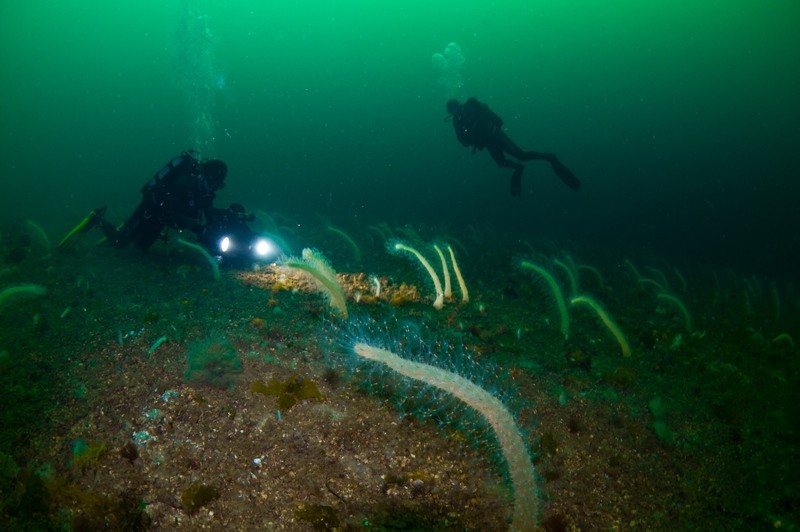 The Istanbul Metropolitan Municipality's Tourism Directorate aims to showcase the city's incredible marine life to the world while raising environmental awareness for protecting and preserving nature with a new documentary shot off the coasts of Istanbul, the municipality said in a statement Monday.

The documentary called "Two Seas One City: Underwater Istanbul" will make its debut on Feb. 12 at the Cemal Reşit Rey Concert Hall with a special screening, according to the municipality.

The documentary, which was shot with the help of hundreds of divers in 33 different points in the Bosporus and the coasts of Istanbul within 52 days, was directed by Sait Özgür Gedikoğlu while Recep Şen served as the line producer.

Being the first of its kind, the documentary was prepared in light of the data obtained by the flora and fauna examination of Istanbul's underwater world as well as the ecosystem surrounding it, and the dives were carried out by professional underwater scanning teams.