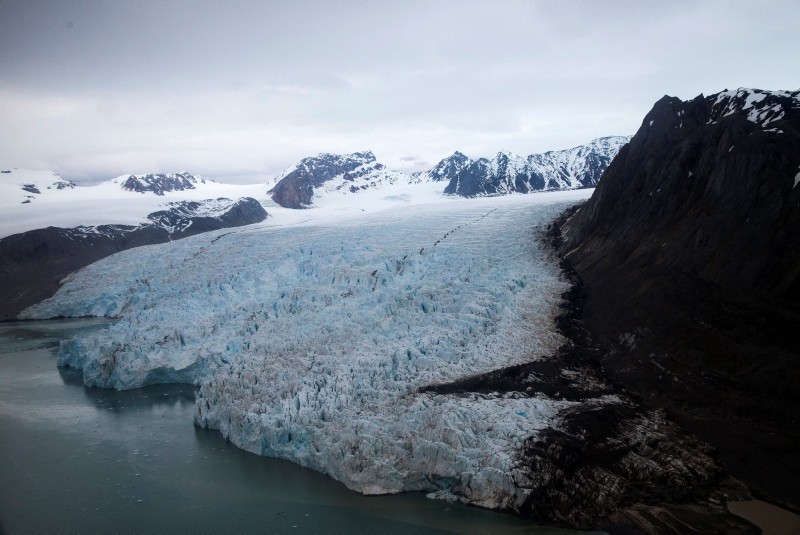 The world's glaciers are 18 percent smaller than previously estimated, according to a new study that also warns of dwindling mountain water supplies into some of the world's biggest rivers.

Some 215,000 glaciers around the globe hold about 158,000 cubic kilometers of ice, Swiss scientists from the ETH Zurich University and the national snow research institute WSL reported Monday.

They arrived at this lower volume by using more detailed satellite data, allowing them to make more accurate measurements.

The estimate excludes sea ice, the Greenland ice shelf and the Antarctic.

The scientist downgraded glacier volumes in Asia by a quarter, including the Himalayas, the Tibetan plateau and Central Asian mountain ranges.

"In light of these new calculations, we have to assume that glaciers in High Mountain Asia might disappear more quickly than we thought so far," said lead author Daniel Farinotti, who works at ETH Zurich and the WSL.

Over time, the melting could reduce the volumes of the Indus River that runs from China through India to Pakistan, China's Tarim River and the Central Asian Aral Lake, the scientists said, noting that hundreds of millions of people depend on these bodies of water.

The researchers expect summer meltwater volumes for these Asian regions to be up to 24 percent lower by the end of the century than they are today. "This difference is unsettling," Farinotti was quoted as saying by ETH Zurich.

He noted, however, that more Asian glaciers have yet to be measured on the ground to arrive at more accurate estimates.