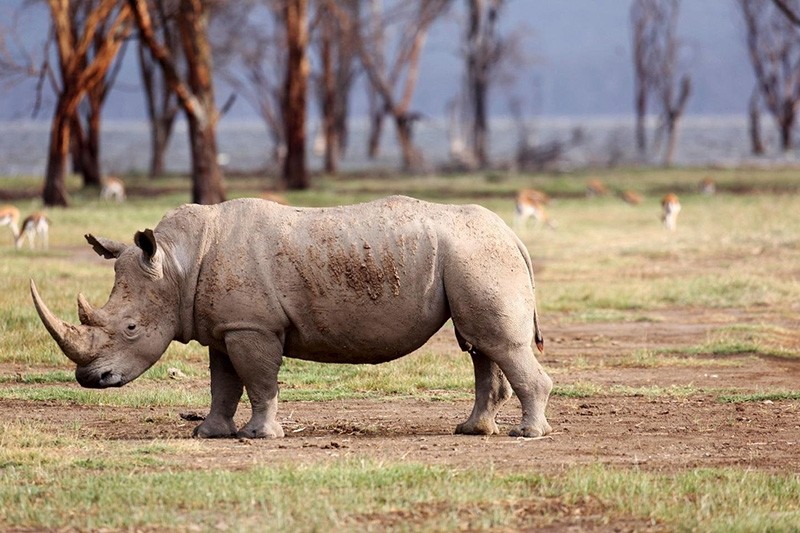 In 2018, 769 rhino were illegally killed across the country, down from 1,028 poached animals in 2017, Environmental Affairs Minister Nomvula Mokonyane said in a statement.

It is the third consecutive year that has seen a decline in rhino poaching, particularly in South Africa's national parks, according to the ministry.

It is also the first time in five years that the annual figure of illegally killed rhinos remains below 1,000 animals, the minister said.

Most of the rhinos poached in 2018 were killed in the famous Kruger National Park, an international tourism magnet, according to the statement.

"Combating rhino poaching remains a national priority," said Mokonyane, promising all government departments would do their best "to ensure that this iconic species is conserved for generations to come."

A total of 365 alleged rhino poachers and 36 alleged rhino horn traffickers were arrested in South Africa in 2018, the ministry said.

There are currently 318 rhino poaching-related cases on the court roll nationwide, it added.

Rhinos are killed for their horn, which is believed to have medicinal purposes or used as an aphrodisiac, especially in Asia.