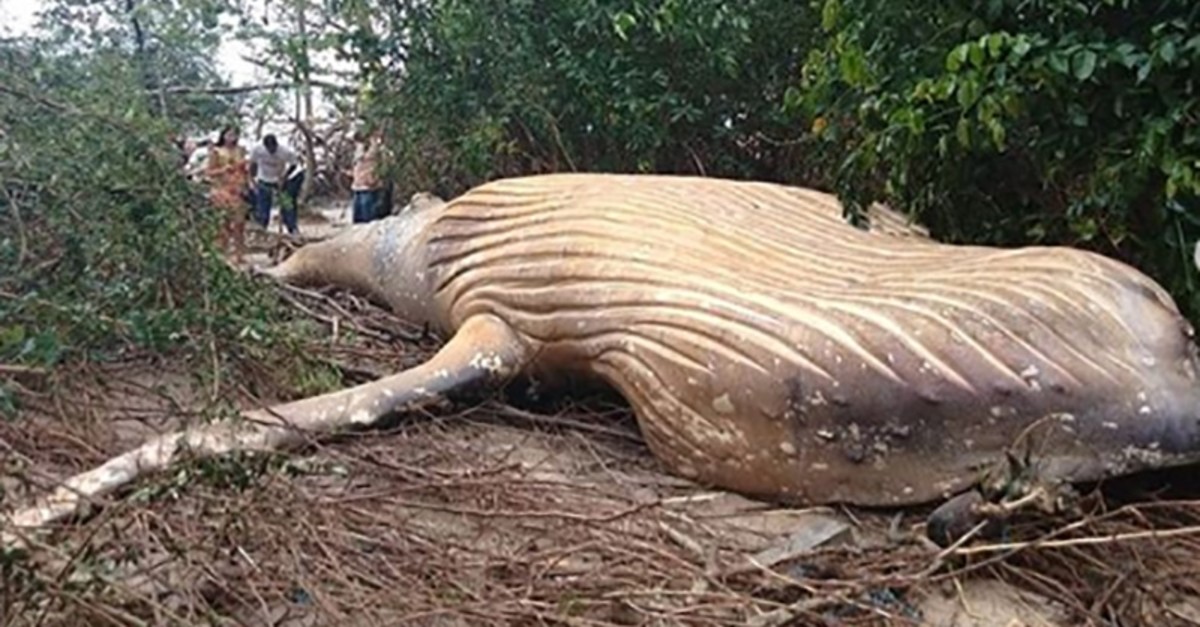 Scientists are at a loss to explain how the carcass of a juvenile humpback whale came to rest in the Amazon jungle of Brazil.

The carcass, believed to be a 12-month-old calf, was discovered hidden in forest undergrowth about 15 meters (50 feet) from the ocean shore on the island of Marajo – at the wrong time of year for a humpback whale to be in the neighborhood.

A team of biologists from Bicho D'agua Institute shared photos of the 8-meter-long whale on social media, along with a statement saying the whale was a juvenile and "not as big as it looks in the images."

"We're still not sure how it landed here," marine specialist Renata Emin told Brazilian news website Jornal O Liberal. "But we're guessing that the creature was floating close to the shore and the tide, which has been pretty considerable over the past few days, picked it up and threw it inland, into the mangrove."

"Along with this astonishing feat, we are baffled as to what a humpback whale is doing on the north coast of Brazil during February because this is a very unusual occurrence," Emin said, adding that scientists believe the calf may have gotten lost or separated from its mother during the intercontinental migratory cycle.

Marajo, where the carcass was found is a large island situated in the delta at the mouth of the Amazon River. Brazilian daily The Times said that in addition to migratory patterns, it is unusual that a whale would have come into the delta at that time of year, as freshwater from the winter floods in the Amazon deter saltwater animals.

According to Brazilian media, the Municipal Secretariat of Health, Sanitation and Environment (Semma) is investigating why the calf was so far from its natural habitat. Autopsy results are expected within 10 days.