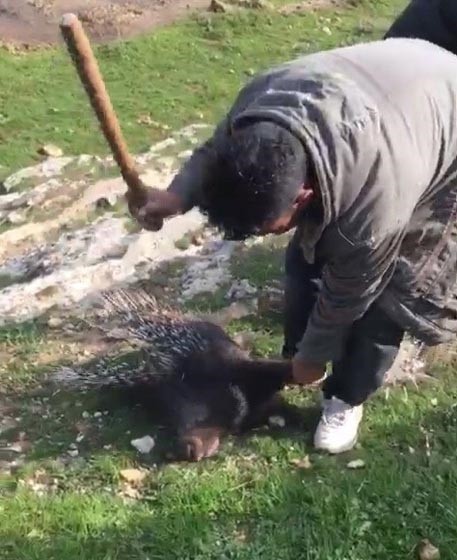 Three residents of southeastern Turkey's Şanlıurfa province were arrested and fined 19,165 Turkish liras ($3,555) for illegally killing a porcupine – a threatened species in the region.

The Ministry of Agriculture and Forestry's Directorate General of Nature Conservation and National Parks detained three suspects in the Siverek district who reportedly used a pit bull dog to get the porcupine out of its nest before clubbing it to death. 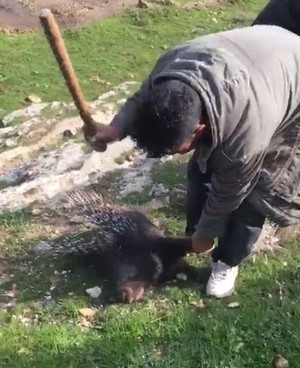 The culprits were fined TL 5,151 in accordance with hunting laws and TL 14,014 for violating animal protection laws.

In addition to sharing photos of the incident on social media, the directorate general also reported the crime to gendarmerie and security authorities, prompting Siverek Chief Prosecutor's Office to launch an investigation.

In the course of the investigation, the prosecutor's office ordered the three suspects to be arrested on the charge of violating hunting laws prohibiting the killing of threatened or endangered species, carrying a penalty of two to five years imprisonment.

The Indian crested porcupine is native to southern Asia and the Middle East, including parts of Turkey.