40 kilos of plastic discovered inside dead whale in Philippines 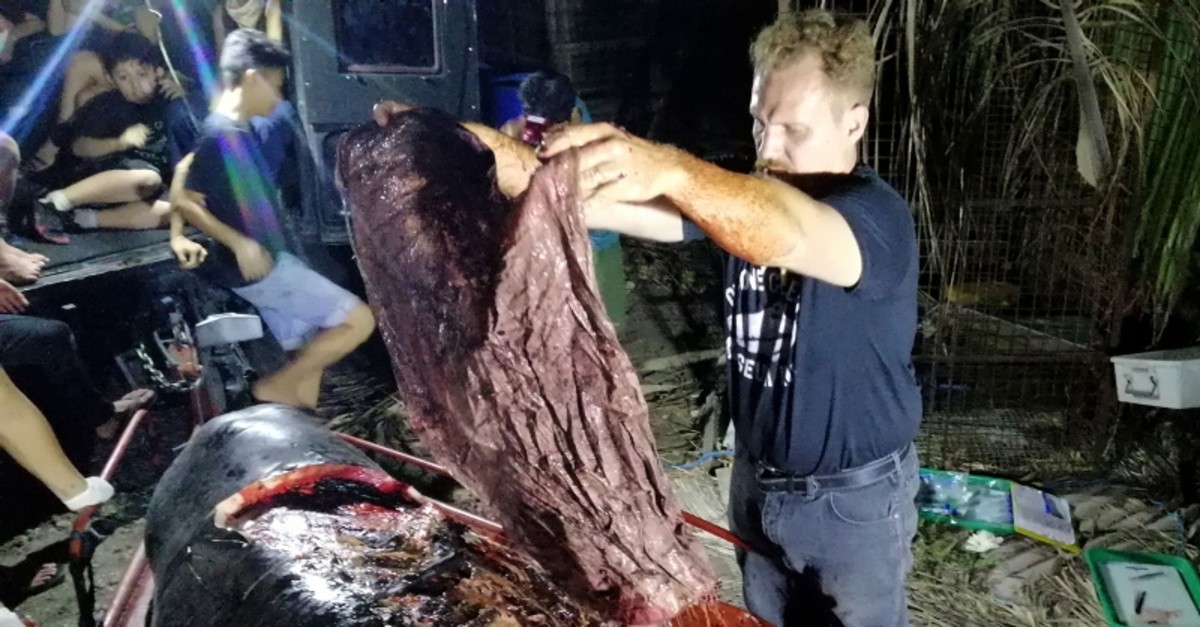 In this photo taken on March 16, 2019, Darrell Blatchley, director of D' Bone Collector Museum Inc., shows plastic waste found in the stomach of a Cuvier's beaked whale in Compostela Valley (AFP Photo)
by Mar 18, 2019 12:00 am

Some 40 kilograms of plastic was found inside a young whale that died in the Philippines, marine biologists said.

After the juvenile male cuvier beaked whale was recovered on Saturday, an examination found 16 rice sacks, four banana plantation-style bags and many shopping bags among the deadly mass of plastic it had swallowed, the D' Bone Collector Museum said in a Facebook post.

"This whale had the most plastic we have ever seen in a whale. It's disgusting," said the non-governmental organization, run by marine biologist Darrell Blatchley in the Philippines' Davao City.

"Action must be taken by the government against those who continue to treat the waterways and ocean as dumpsters," said the museum.

It posted photographs of plastic waste recovered from the whale's stomach during an autopsy, adding that "a full list of the plastic items will follow in the next few days."

"This is so sad to see and shows that we must all get drastic on plastic to protect our ocean!" tweeted British-based charity ORCA on Monday, which monitors and protects whales, dolphins and porpoises.