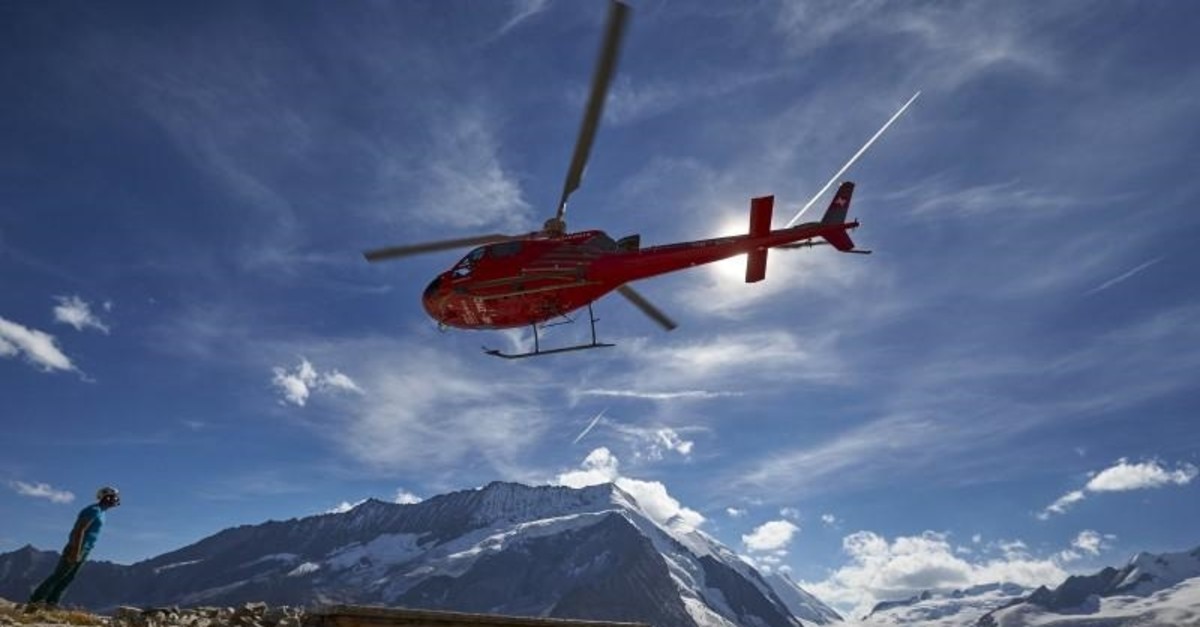 Unchecked greenhouse gas emissions could see more than 90 percent of glaciers in the Alps disappear by the end of the century, scientists said Tuesday in new research.

There are more than 4,000 glaciers -- vast, ancient reserves of ice -- dotted throughout the Alps, providing seasonal water to millions and forming some of Europe's most stunning landscapes.

But as humans pump out more and more planet-warming gases through burning fossil fuels, construction, aviation and mega-farming, those mountainside ice sheets are in danger.

A team of researchers in Switzerland used cutting-edge climate models and paired them with the most sophisticated measurements of glaciers to date to compare how they fared under various emissions scenarios.

Under a situation where greenhouse gas emissions peak within a few years and rapidly recede toward the century's end -- a scenario known among climatologists as RCP 2.6 -- they found that a third of Alpine glacier mass would survive.

However, under RCP 8.5 -- essentially a business-as-usual approach where man-made emissions continue to rise as the global population swells -- the models turned up worrying results.

"In this pessimistic case, the Alps will be mostly ice free by 2100, with only isolated ice patches remaining at high elevation, representing 5 percent or less of the present-day ice volume," said Matthias Huss, a researcher at ETH Zurich and study co-author.

Perhaps most troublingly, the team found that due to historic emissions and current CO2 levels, the Alps will lose half of its glaciers no matter what is done about emissions.

The study came a day after European scientists said that the world's glaciers had lost around 9000 billion tons of ice since 1961, contributing to a 27-millimeter rise in global sea levels.

Harry Zekollari, from Delft University of Technology in the Netherlands, led the Alpine glacier study. He said people did not appreciate how crucial the giant ice structures were.

"A glacier is a reservoir. Even a healthy glacier will typically melt in summer and become a bit bigger in winter. That means that when people need water most, they get water from the glacier," Zekollari told AFP.

"If the glacier disappears you don't have this reservoir. In the Alps maybe this is OK but if you consider the Andes and the Himalayas, there are billions of people living there who really need the water from the glaciers."

Aside from the economic boost glaciers currently provide through tourism, they also play a role in helping produce hydroelectric power in several Alpine nations.

They also protect people living in the valleys beneath them.

"We know that if glaciers are changing a lot they are more prone to cause natural hazards," said Zekollari.

He said people could expect more frequent flash floods and landslides as the glaciers continue to melt.