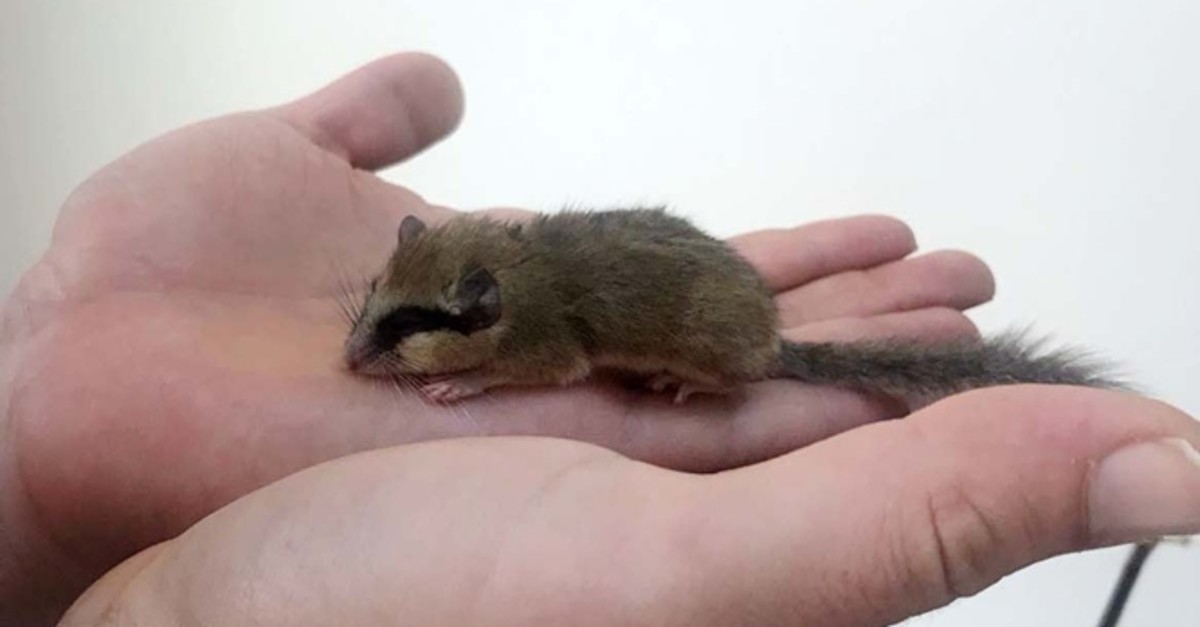 A rare forest dormouse, a protected squirrel-like species of dormouse, was spotted for the first time by a local in central Turkey's Çorum province on Friday.

The forest dormouse, known by the scientific name Dryomys nitedula and the common name hasancık among Turkish people, was seen in a natural area of the Bayat district, according to the Ihlas News Agency (IHA).

The local who spotted the tiny creature first thought it was a squirrel, but later delivered it to the Agriculture and Forestry Ministry's Çorum branch office for identification.

The newly-discovered animal underwent a medical examination and was put under protection by the Presidency of Nature Conservation and National Parks Branch Directorate in Çorum.

Kadir Ulusoy, a research assistant from Hitit University's Faculty of Science, said forest dormice were known to exist in Çorum but they had not been seen until this week.

Ulusoy said this species is an indicator of healthy habitats.

"They spend seven months of the year in winter rest," Ulusoy said, noting that the rest of the year, forest dormice "feed on plant seeds and small insects. In this way, they keep the population of insects under control."

Ulusoy added that they also play an important role in the propagation of plants by widely distributing the seeds.

The forest dormouse is a rodent species in the Gliridae species and is found across Eastern Europe, the Balkans and parts of western Asia. It is a threatened species of least concern because of its wide habitat range and stable population.