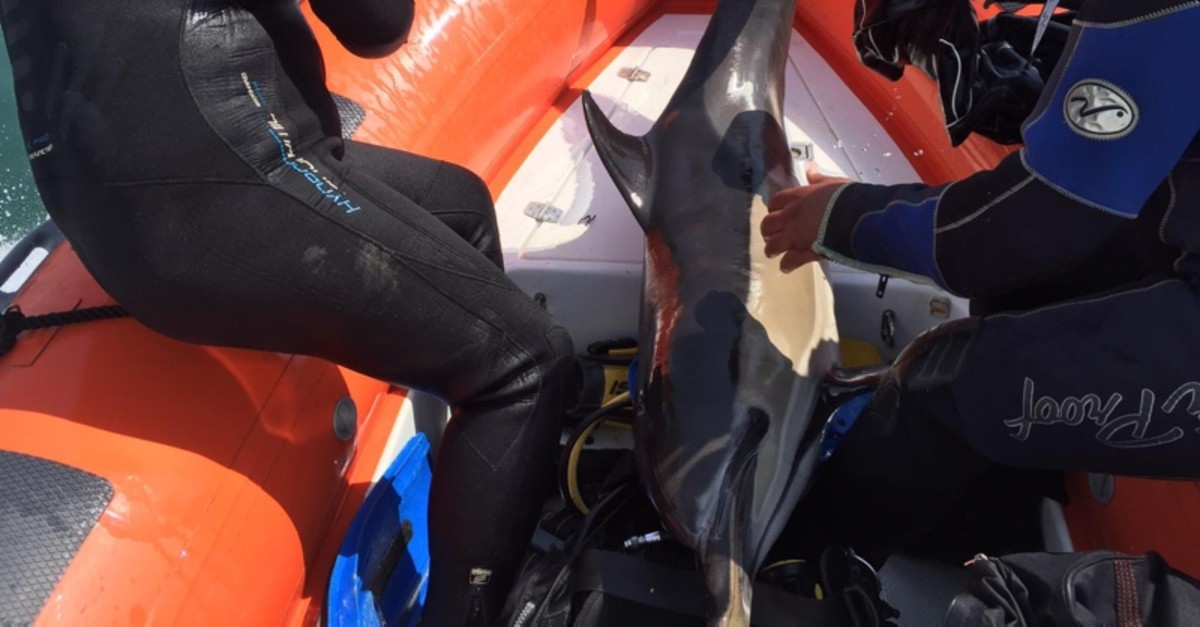 A common dolphin trapped in shallow waters of a yacht marina in the Black Sea province of Samsun was rescued by a team of rescue divers on Sunday.

The dolphin was battling for its life in the Kurupelit Yacht Marina when people saw it and informed the Samsun Metropolitan Municipality. Sand build-up in the area had caused the marina area to become unusually shallow, according to Anadolu Agency.

The city firefighters' rescue diving team was performing training dives to mark Youth and Sports Day on Sunday, and they went to the dolphin's location after being notified by the municipality.

After a lengthy effort to direct the dolphin over the sand piles, the divers managed to get the mammal into a boat. They drove the dolphin 3 kilometers (1.9 miles) out from the marina and released it into the deep sea once again.

Marine biologists working to protect the dolphins in the Black Sea believe noise pollution from ships is one of the factors that drive dolphins to the shores and cause them to be stranded.

The short-beaked common dolphin (Delphinus delphis) is a mammal species with a worldwide range that includes in the Black Sea. Despite threats posed by human activity, the species is considered least concern on the International Union for Conservation of Nature (IUCN) Red List.