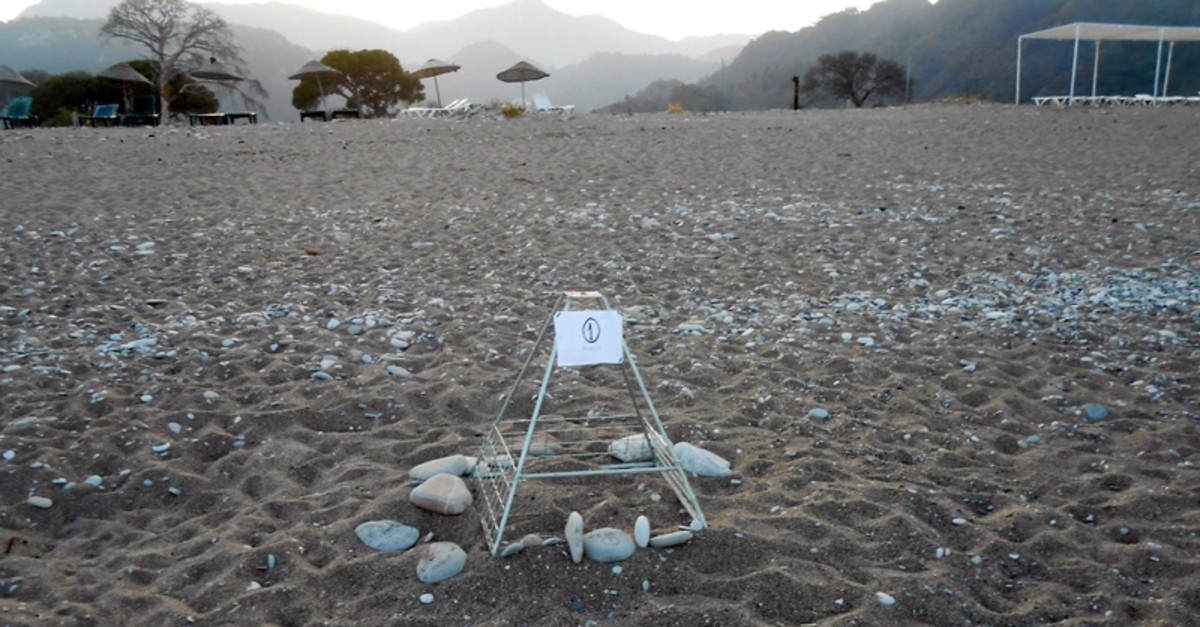 A loggerhead sea turtle on Sunday night was the first this year to lay its eggs on Çıralı Beach in southern Turkey's Antalya province.

The nest was covered with a protective cage and rocks by nature conservation officials and marked with Sunday's date and the No. 1, indicating it is the first nest of the season.

The sea turtle's egg-laying moment was monitored by the conservation team using red light, so as not to disturb the turtle.

Loggerhead sea turtles, known by the scientific name Caretta caretta, are among the species on the IUCN Red List of Threatened Species.

Antalya, renowned for its Mediterranean beaches and seaside resorts, is one of the most important nesting areas for the loggerhead sea turtles in the Mediterranean region and in the world. Of the 22 beach nesting grounds for loggerhead turtles in Turkey, nine are located in Antalya province, according to the Directorate of Nature Conservation and National Parks. Some of these beaches also serve as nesting areas for the endangered green sea turtle.

The 3.7-kilometer (2.3-mile) Çıralı Beach in the Kemer district is the most important of the nine nesting beaches in Antalya.

The Çıralı Coastal Protection Coordination Commission, made up of local government and conservation officials, was established last year to protect the loggerheads' nests, and its efforts are expected to increase the number of nests on the beach.

Last year, four salaried staff and 40 volunteers kept watch every night from May to October to ensure the nests were protected and the hatched offspring made it safely to the sea. The commission banned setting up tents at night, burning fires, holding parties, driving cars on the beach and using lights, in order to protect the nests.

In previous years, the number of loggerhead nests had nearly been halved, but thanks to last year's conservation numbers, the number of nests reached 151, exceeding its previous high of 140. Last year, 7,612 baby loggerheads made it from the 151 nests to the sea.

This year, the number of salaried staff has been increased to six and more than 50 people are volunteering. However, this year, the team will also be tasked with supervising and protecting the adjacent 300-meter coast of Olympos, which faces the same threats to sea turtle nests.