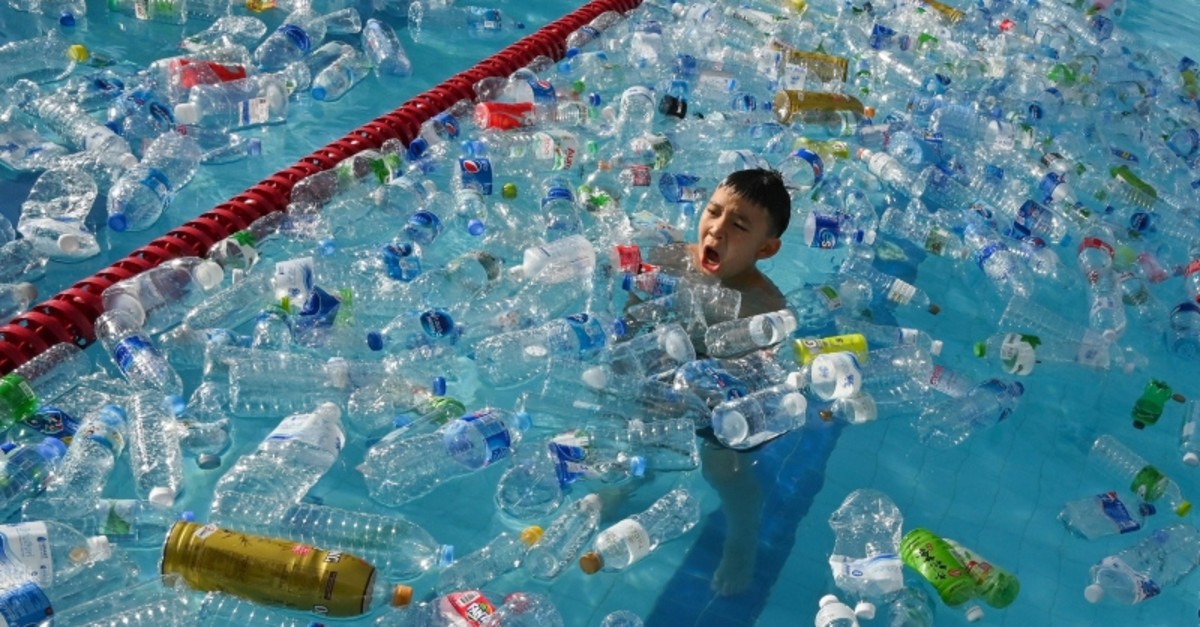 A child swims in a pool filled with plastic bottles during an awareness campaign to mark the World Oceans Day in Bangkok on June 8, 2019. (AFP Photo)
by Anadolu Agency
Jun 08, 2019 9:50 pm

World Oceans Day kicked off Saturday as a reminder of the major role oceans have in everyday life.

This year, the U.N. General Assembly launched "Play It Out" — a global campaign against plastic pollution that includes a music festival.

"While most plastics are expected to remain intact for decades or centuries after use, plastics in the oceans that do erode end up as micro-plastics that are consumed by fish and other wildlife, quickly making their way into the global food chain," it said.

"From plastic straws to plastic bags, we all are at the frontline of efforts to #BeatPlasticPollution."

The U.N. added that globally, the market value of marine and coastal resources and industries is estimated at $3 trillion per year, or about 5% of global GDP, showing the financial importance of oceans for the world.

More than 1,000 related events are being held around the world this year, including film screenings, clean-up activities, interactive talks and painting contests.

The U.N. General Assembly decided that as of 2009, June 8 would be designated as World Oceans Day to draw global attention to the benefits derived from the oceans and the challenges faced by the international community in connection with the oceans.

According to the U.N., the concept of a "World Oceans Day" was first proposed in 1992 at the Earth Summit in Rio de Janeiro "as a way to celebrate our world's shared ocean and our personal connection to the sea".

'Dolphins are not entertainers'

"Some dolphins are condemned to a life of utter boredom in the confines of a manmade concrete tank or artificial lagoon," it said, criticizing "Swim with the Dolphins" programs.

The movement also stressed that wild dolphins can swim more than 100 kilometers (62 miles) a day and can live for over 50 years, "which amounts to a life sentence in a small, chlorinated pool".

It also criticized the detention of dolphins in Australia for tourism.