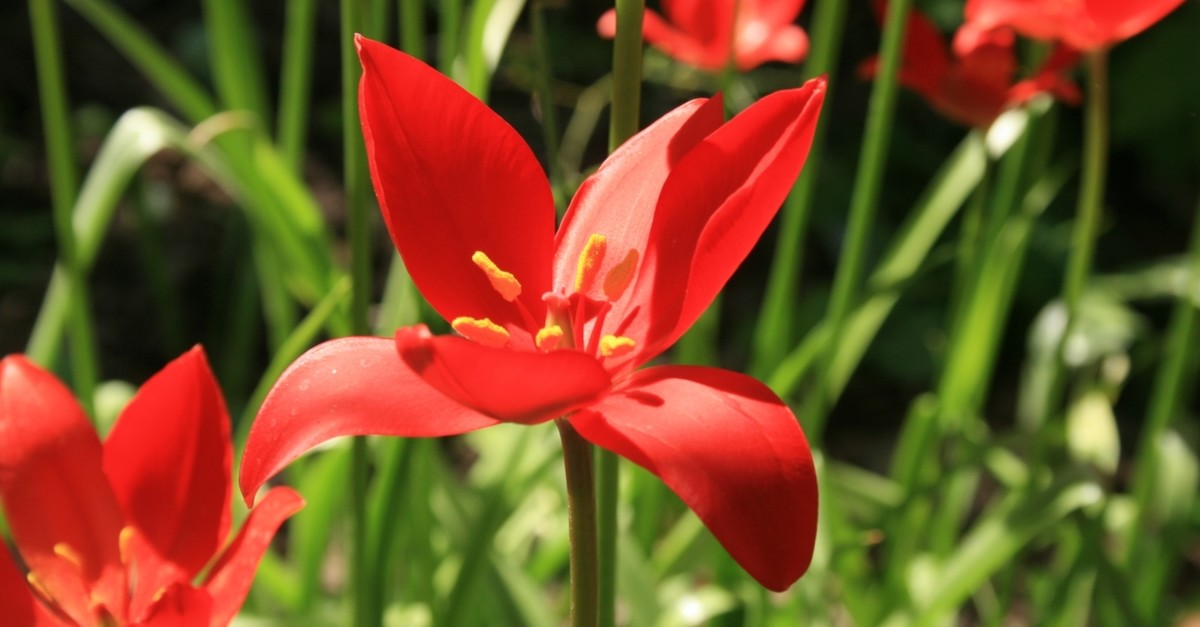 A tulip species native to northern Turkey's Amasya province that went extinct in the wild over 100 years ago has bloomed in its home soil for the first time in a century thanks to a reintroduction program.

The endemic species, known by the common name of Sprenger's tulip and the scientific name of Tulipa sprengeri, was first discovered in 1892 by a German gardener named Mühlendorff in Amasya, who introduced it to gardens in Europe. Due to overharvesting of the tulip's bulbs, the flower was last seen in the wild in 1896, just four years after being introduced to the world of science.

Many local and foreign researchers worked for over a century to find the lost tulip to no avail, eventually concluding that the flower species was extinct in the wild. However, the Turkish endemic tulip species continued to be cultivated in dozens of botanical gardens in Europe.

In 2015, the Istanbul's Nezahat Gökyiğit Botanical Garden began a project called "The Lost Tulip Returns Home from Abroad" to reintroduce Sprenger's tulip to its native soil.

Last year, bulbs and seeds brought from England were planted in a garden run by The Turkish Foundation for Combating Soil Erosion, for Reforestation and the Protection of Natural Habitats (TEMA) in Amasya's Merzifon district.

In May, two plants emerged from the soil and two red blooms opened, to the great delight of the conservationists.

"But tulip enthusiasts were able to come and see," he said, adding: "The number of tulips in our garden will increase next year."

Tulips are a flower native to Central Asia. They were brought to Anatolia by migrating Turks and introduced in gardens in Europe in the 15th century and later to the rest of the world. The tulip has been used as a symbol in Turkish decorative patters, artwork, handicrafts, clothing and carpets since the 12th century.