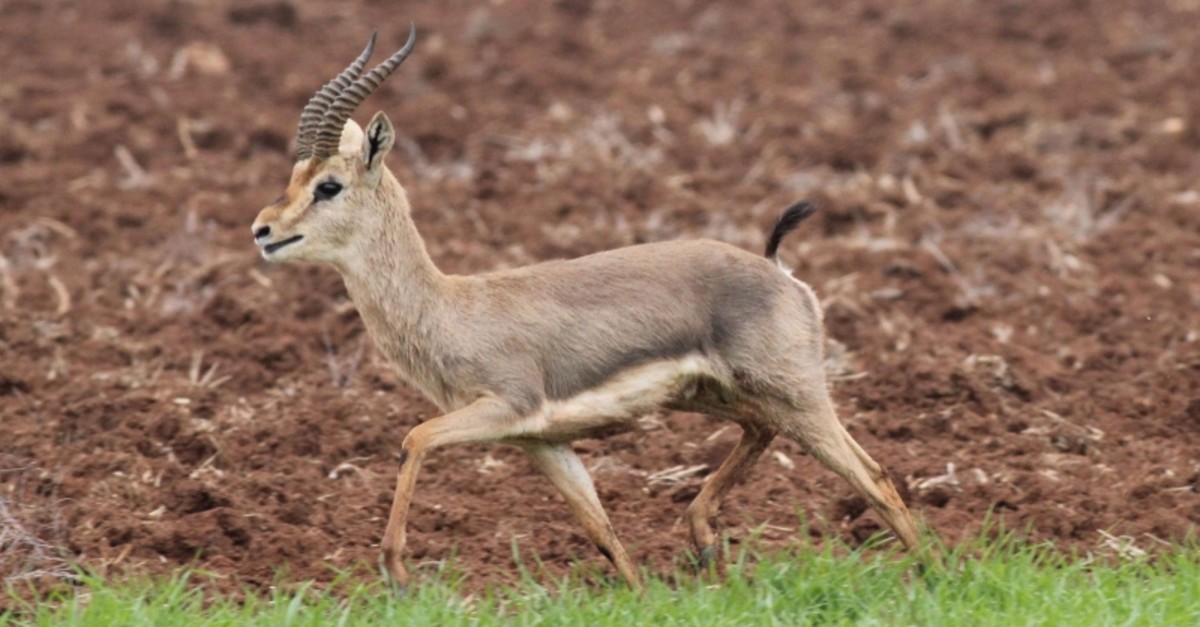 The number of mountain gazelles, a threatened species native to the Middle East, is on the rise day-by-day thanks to the efforts of local officials in Hatay province.

Efforts to protect mountain gazelles, whose numbers in the wild are estimated to be in the thousands, began in 2008.

The number of the gazelles in the Kırıkhan district near the Syrian border was about 150 in 2009, growing to 757 by 2018, due to conservation efforts of local officials and the conflict in neighboring Syria, which pushed some gazelles across the border.

These gazelles, especially the wounded ones, have been receiving treatment in centers established in Hatay, including one than opened in 2014 under the supervision of the Nature and National Parks Hatay branch office. The center – which currently hosts 27 gazelles, including 11 fawns – meets all needs of the animals, including observation, treatment and care.

Newborn gazelles receive special care at the center, which is built on 160 acres, to protect them against raptors. The newborns are bottle-fed goat milk and then released into their natural habitat after reaching a certain point in their development.

Öğünç said that Turkish Armed Forces personnel stationed in the region have contributed greatly to the protection of the animals since the center is located on the border of the military's exclusive zone and soldiers always call and inform the officials at the center when they see wounded or sick animals.

"They even call when they find a wounded bird," he added.

Öğünç emphasized that it is very important that the number of protected species increase regularly. He noted that the increase in the number of mountain gazelles, which is expected to continue growing this year with the completion of a wildlife census, also contributes to the ecotourism of the region.

The mountain gazelle (Gazella gazella) is one of the species of gazelles found in the Middle East, along with several other closely related species. This species of gazelle is recognizable by its slender-built long necks and legs. Its natural habitat is mountainous and hilly terrain with light forests, fields or desert plateaus.