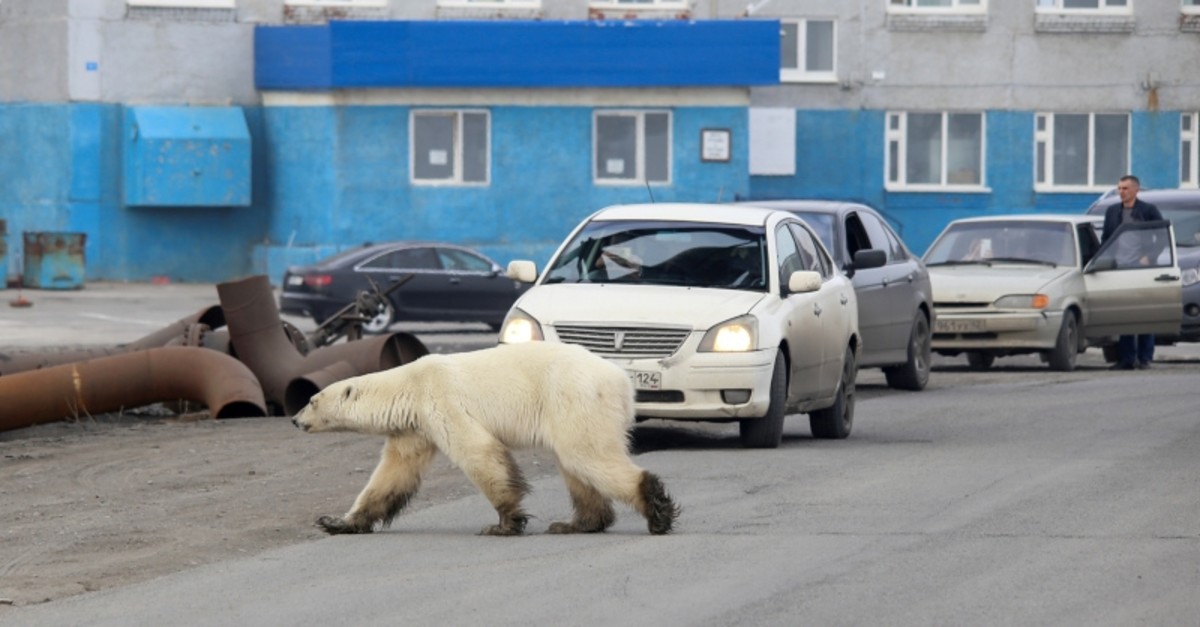 A stray polar bear is seen in the industrial city of Norilsk, Russia June 17, 2019. (Irina Yarinskaya/Zapolyarnaya Pravda via Reuters)
by Compiled from Wire Services Jun 19, 2019 2:33 pm

A starving polar bear has strayed hundreds of kilometers from its natural Arctic habitat and wandered, exhausted, into the major Russian industrial city of Norilsk in northern Siberia. 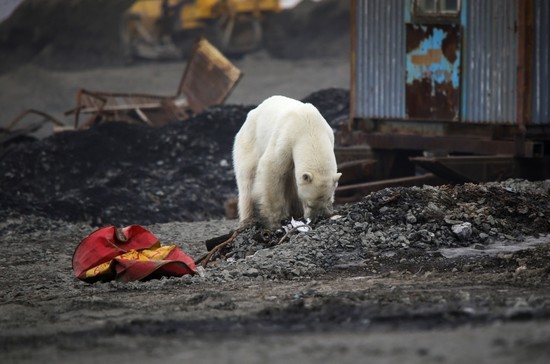 The female bear, visibly weak and seemingly ill, lay despondently on the ground for hours on Tuesday in Norilsk's suburbs, its feet caked in mud, occasionally rising to sniff around for food. It is believed that the bear walked more than 1,500 kilometers, as its native range lies largely within the Arctic Circle at that distance from Norilsk.

Oleg Krashevsky, a local wildlife expert who filmed the polar bear close-up, said it was unclear what had brought the animal to the city, although it was possible it had simply got lost. He said it had watery eyes and could clearly not see well. 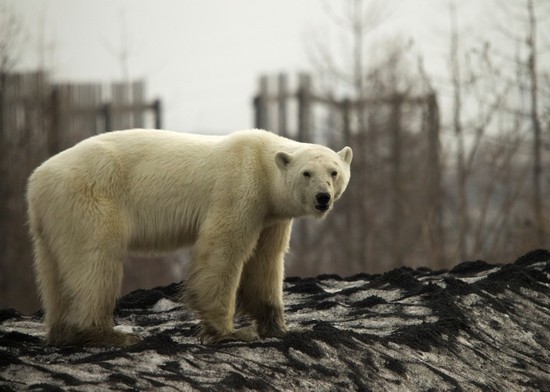 "She is still moving around a factory, under observation by police and the emergency services, who are ensuring his safety and those of residents," environmental services official Alexander Korobkin told AFP. The bear was first spotted on Sunday evening in an industrial area northeast of central Norilsk, Korobkin said.

Anatoly Nikolaichuk, chief of the local hunting department, told the Tass news agency said that the last time a polar bear was seen in the area around Norilsk was more than 40 years ago. He said that local officials will now decide whether they can catch the animal and airlift it back to the north. 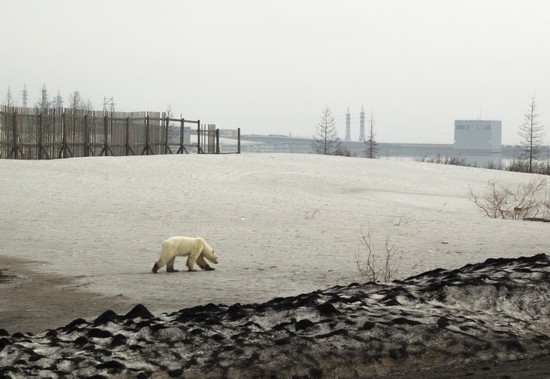 A team of specialists are set to arrive Wednesday to inspect the animal and decide its fate. Based on the assessment, "we will decide either to transport it to a place within its natural habitat or a zoo in Krasnoyarsk," Korobkin was quoted as saying.

Climate change has been damaging polar bears' sea-ice habitats and forced them to scavenge more for food on land, bringing them into contact with people and inhabited areas. However such sightings so far away from the ice are rare. 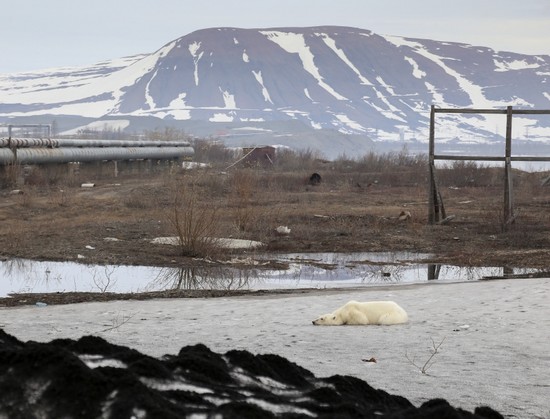 In February, a state of emergency was declared after dozens of the animals approached a village in the far northern Novaya Zemlya archipelago and were seen scavenging for food and entering public buildings and homes.

"It is impossible to run away from a polar bear!" the local administration warned at the time. "Due to a deficit of food, polar bears can turn their attention to any potential source of food, including a human." 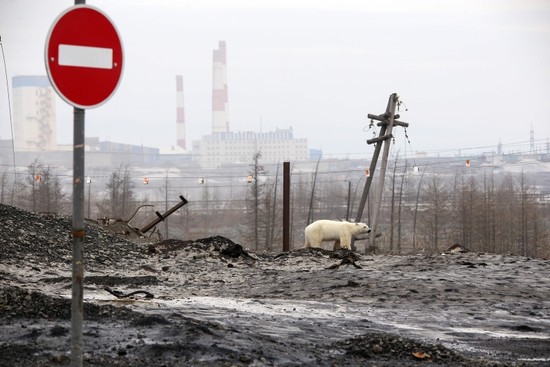 The world's northernmost city, more than 2,000 kilometers northeast of Moscow, Norilsk is also one of the most polluted, with nickel mines and smelting plants in the vicinity.