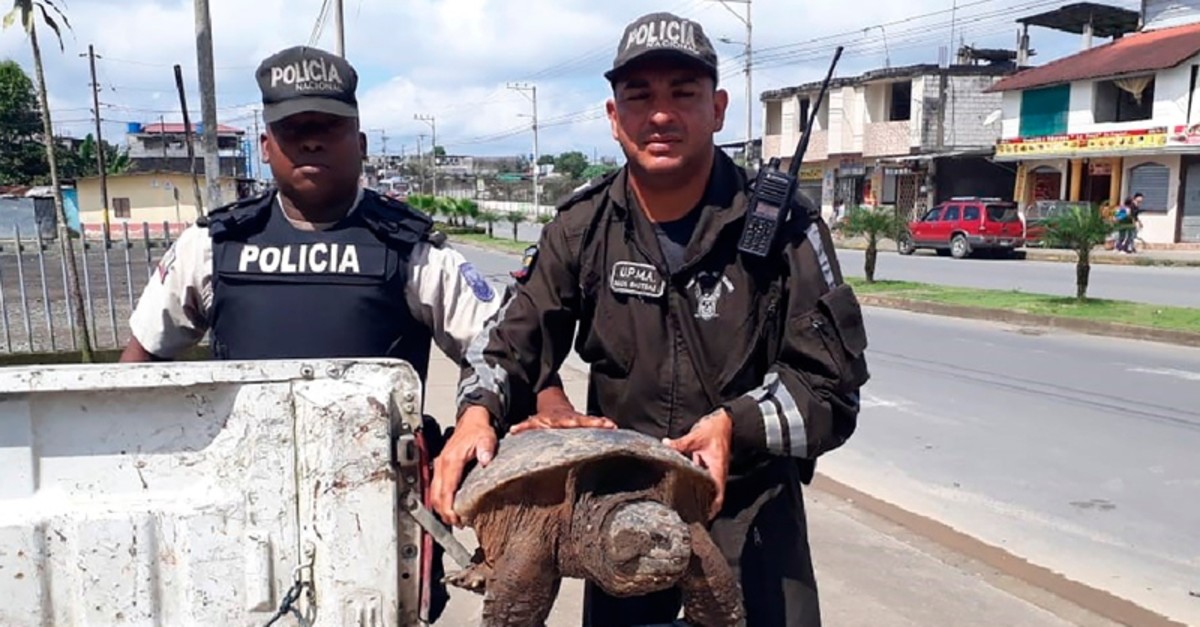 Police and customs officials have carried out the most widespread anti-wildlife-trafficking operation ever in a joint global operation that's led to the seizure of tens of thousands of endangered animals and the arrest of nearly 600 suspects.

The World Customs Organization and Interpol said Wednesday that across 109 countries, in June, they conducted nearly 2,000 seizures in a historic operation that helped local authorities round up nearly 10,000 live turtles and tortoises, nearly 1,500 live reptiles, 23 live apes, 30 live big cats, hundreds of pieces of elephant tusk, half a ton of ivory and five rhino horns.

"Wildlife crime not only strips our environment of its resources, but it also has an impact through the associated violence, money laundering and fraud," Interpol Secretary General Juergen Stock said.

Interpol released searing images from the global trafficking haul: Thousands of protected tortoises crawling over each other in a dark container in Kazakhstan; an inquisitive-looking white tiger cub concealed in a pick-up in Mexico; and elephant tusks lined up symmetrically on the ground in Kenya.

Operation Thunderball, which operated out of Interpol's Singapore innovation complex, led to the arrest of 582 suspects, it said.

Among the discoveries was a ray of hope that some trafficking is slowing: The WCO said it noted slight declines in the seizures of certain species, "a sign that continued enforcement efforts are bearing fruit."

"This massive disruption of criminal networks is key to saving endangered wildlife across the globe," the Wildlife Conservation Society said in a statement.

It warned, however, that seizures and arrests are only a first step, and that "governments now must follow up with strong, meaningful prosecutions."