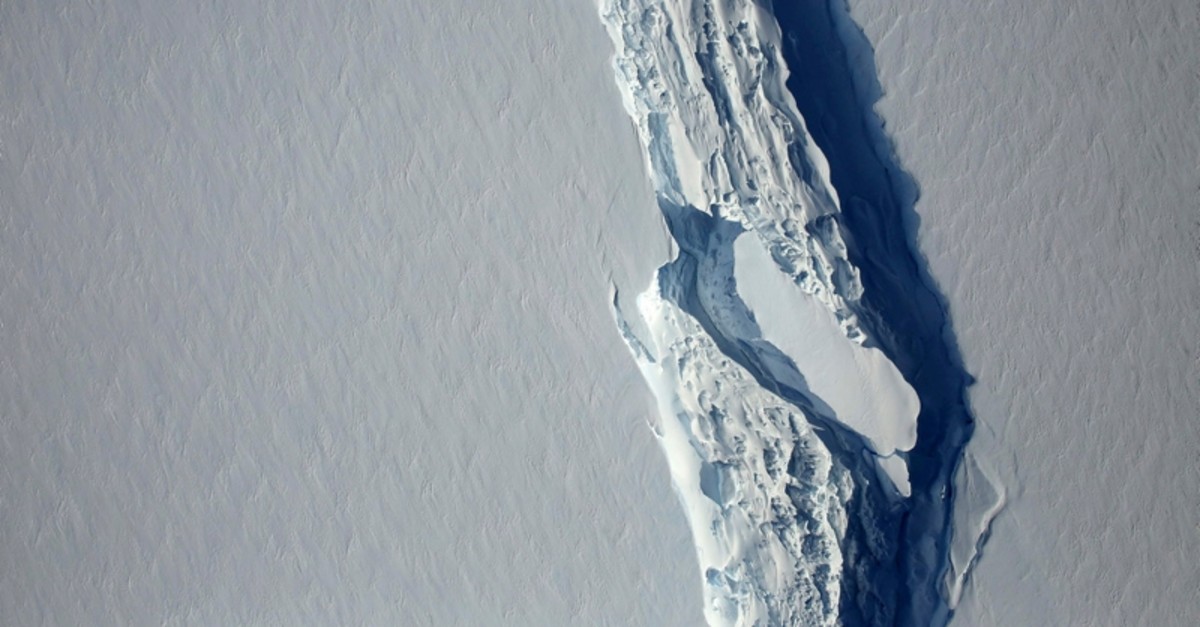 Scientists seeking to avoid catastrophic sea-level rises from the melting West Antarctic ice sheet have come up with a "terrible" solution: use snow cannons to pump trillions of tonnes of ice back on top.

Just one meres of sea-level rise would be enough to displace around 190 million people, and a rise of three meters would imperil megacities across the world, including New York, Shanghai and Tokyo.

In particular, scientists are increasingly concerned that the Pine Island and Thwaites glaciers in Western Antarctica -- which could potentially cause a sea-level rise of three meters -- have reached a "tipping point" that could see irreversible melting irrespective of cuts to greenhouse gas emissions.

And as planet-warming emissions continue to rise despite the Paris agreement on climate change, awareness is growing that limiting temperature rises to under 2.0 degrees Celsius (3.6 Fahrenheit) -- the treaty's cornerstone goal -- may be insufficient to avert disaster.

Geo-engineering schemes -- large-scale, deliberate intervention in Earth's climate -- have garnered much attention in recent years, such as injecting particles into space or storing CO2 in the ground.

But few have addressed the issue of sea-level rises, which is likely to cause more human misery than just about any other climate impact.

Experts at the Potsdam Institute for Climate Impact Research (PIK) on Wednesday released their model for one such scheme: a massive displacement of seawater from melted ice, sucked from the sea and showered back on top of the West Antarctic glaciers to stop them disappearing.

"It's a terrible thing to do, no doubt about it, and we are not suggesting this by any means," said Anders Levermann, PIK physicist and lead study author of the study published in Science Advances.

"But all physical modelling shows that if we keep to the Paris climate agreement, to 2C of global warming, we will eventually get 5 meters of sea-level rise and potentially more," he told AFP.

In the simulations, Levermann and the team determined that the glaciers could be saved by a massive artificial surge in annual snowfall.

In fact, the amount needed to stabilize the glaciers would be at least 7.4 trillion tonnes of snow -- the equivalent in mass of 150,000 jumbo jets.

The operation would involve hundreds of snow cannons, powered by 12,000 wind turbines, spraying sea water which would fall as snow over an area the size of Costa Rica.

Levermann stressed that the plan was currently just a hypothesis, and that to succeed it would need to be coupled with radical emissions cuts to stand any chance of success.

Such a scheme has not been costed, and would require "something resembling an Antarctic moon station" with years of round-the-clock work, Levermann said.

Pervious geo-engineering options to stave off West Antarctic melt have included constructing Eiffel Tower-sized columns on the seabed to prop up the ice shelf, and a 100m-tall, 100-kilometer-long berm to block warm water flowing underneath.

Levermann admitted the PIK project, if ever realized, would have "terrible" effects on Antarctica, but insisted that limiting global sea-level rises was a desirable trade-off.

"It's as big as North America from Mexico to Canada. There's no place on earth that's protected on that scale," he said.

"This endeavour would make Western Antarctica an industrialized compound. But if we've destabilized (the ice shelf), everything will change dramatically anyway.

"So we either build our coastal protections as high as five meters worldwide, or do something crazy like this."