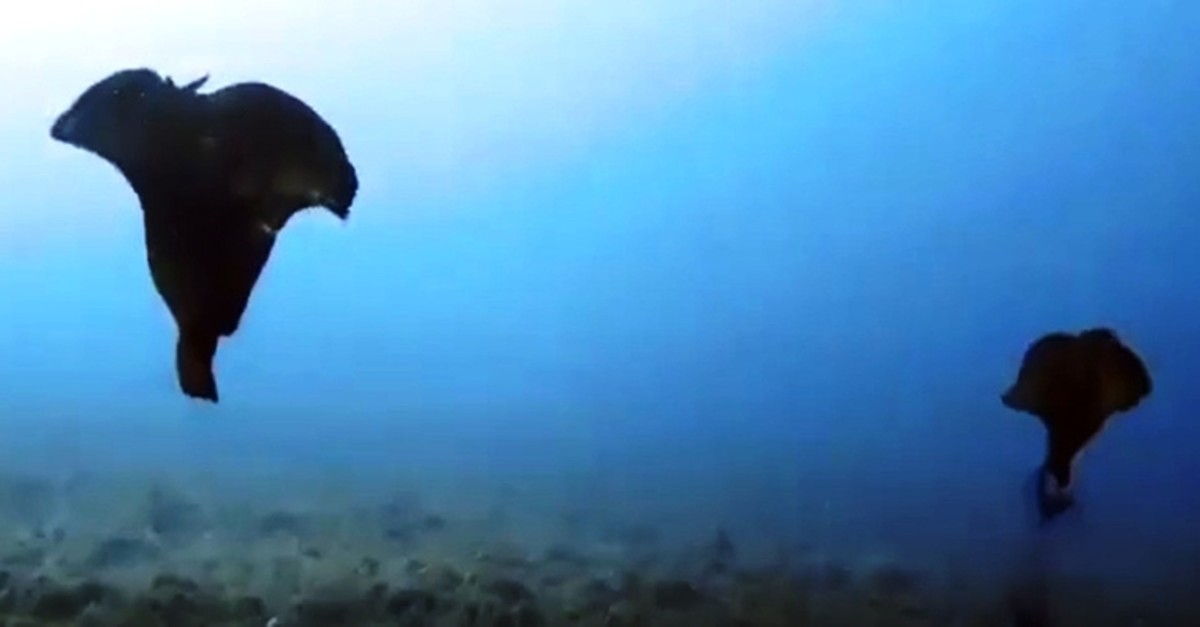 Selim Konya, a diving center manager, along with several officials from Istanbul University, recorded spotted the rare depilatory sea hare at the depth of 26 meters in the Aegean Sea off Gökçeada district.

Noting that it was the first time he saw such a specie, Konya said, "I saw it from a long distance. I was surprised and other divers were also surprised."

"This species recorded in the video squirts purple ink when they are disturbed just like a squid does, but they are harmless," Sezginer Tuncer, a professor of marine biology at Çanakkale Onsekiz Mart University said.

"We have to protect them for the next generations," Tunçer said.

Sea hares, a species of marine gastropod mollusks, generally appear in the Mediterranean and the eastern Atlantic and mostly can be seen in shallow water.