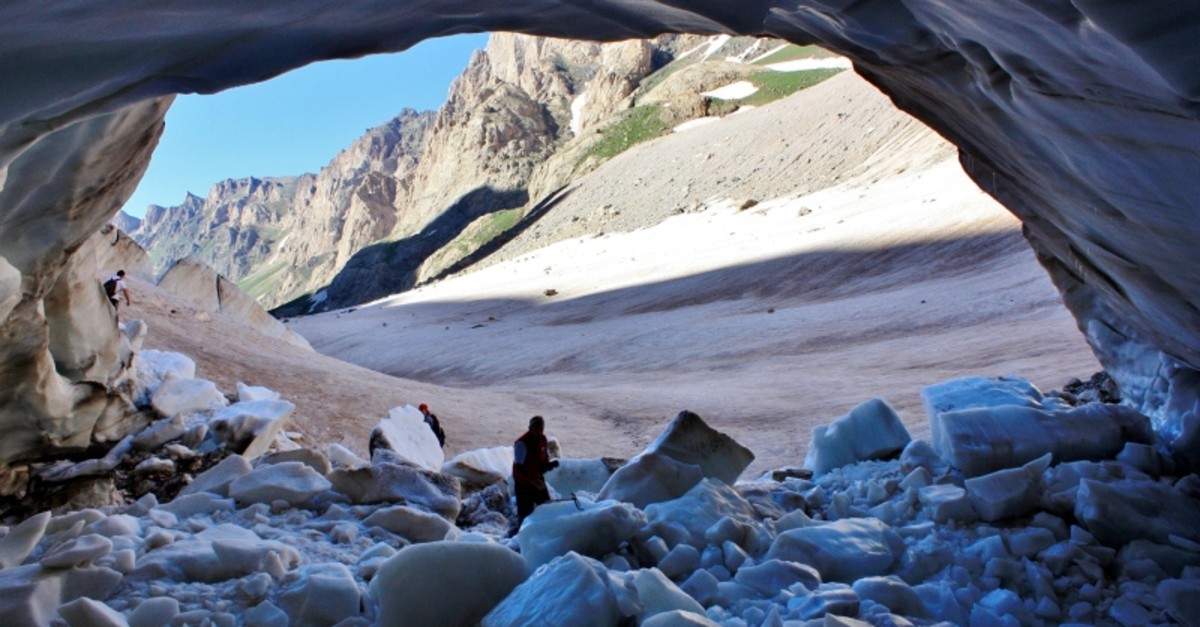 The Cilo-Sat Mountains are the eastern extension of the Taurus mountain range that runs east to west along Turkey's Mediterranean coast and southern border. The range includes Turkey's second highest peak Uludoruk (Reşko) at 4,170 meters, and its snow-covered peaks near dry plains and deserts of Mesopotamia are also of great importance for the culture of the nearby region. The mountain range is often cited as the area where Noah's Ark landed after the great flood, although the country's highest peak Mount Ararat in eastern Ağrı province leads in this debate.

The region includes 10 glaciers which formed the high peaks, the largest of which is the Izbırak Glacier, which is 5 kilometers long and up to 100 meters deep at certain points.

The mountain's glacial rivers and streams that run from grueling peaks make it a beautiful spot for summer trekking and winter climbing. The region welcomes hundreds of mountaineers and nature lovers to southeastern Hakkari province from across Turkey each year. 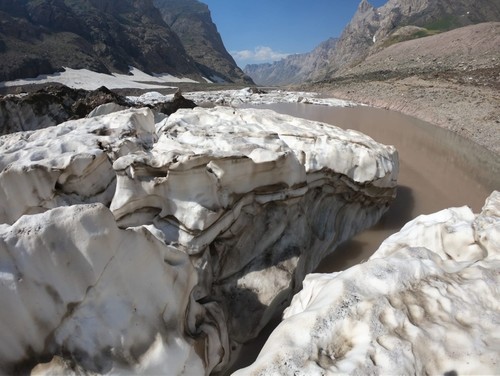 Mountaineers who regularly visit noticed that the glaciers has melted several meters this year.

"For the last nine years we have been watching the Cilo Reşko Keviya Pir and Mergan glaciers to see and document the melting and changing of the glaciers. We record our impressions with photos and videos," he explained.

"The glaciers are melting very fast lately. In the near future, glaciers, the most important element of this magnificent geography, will be in danger of extinction," he warned.

Tansu noted that large glacial lakes have formed on the Spihane (Erinç) glacier, the largest of the glaciers in the Cilo-Sat Mountains. "This means melting is more internal," Tansu said.

Hansu said actions and precautions should be taken to protect the ancient glacier.

"Glaciers in the Cilo Mountains are very important for our province. It is a great loss that this region of natural wonders has not been opened more to tourism," Tansu said. He expressed hope that travel bans on the region will be lifted so that mountaineers can visit the easily-accessible glaciers in Hakkari.

Onur Köse, a geology professor at the Van Yüzüncü Yıl University (YYU), said melting of glaciers is not only occurring in Hakkari, but on most high peaks in Turkey, including on Mount Ararat in eastern Ağrı province and Mount Süphan in eastern Bitlis province.

"These glaciers are nearing extinction," Köse said. "Of course, this is not just a problem experienced in Turkey, it's a problem taking place all over the world and a problem of global warming."

Köse warned that the melting of glaciers will change the balance of the planet and could spark wars over water, food and land.

"The task is to stop polluting the world and we must contribute to this… We need to make our own national contributions to the careful maintenance of the atmospheric balance. For this, carbon dioxide emissions made in our country and around the world are an important factor. Making these emissions as low as possible is important for maintaining the Earth's atmospheric balance," Köse said.

Köse said this can be achieved through preferring renewable, clean energy sources, such as wind, solar and geothermal energy.

The melting of glaciers around the globe has quickened in pace in recent years, alarming scientists who have observed stark changes in the Himalayas, Greenland, Antarctica and other glacial areas. The shrinkage of these massive ice sheets not only endangers precious fresh water sources but also contributes to the rapid rise of sea levels.