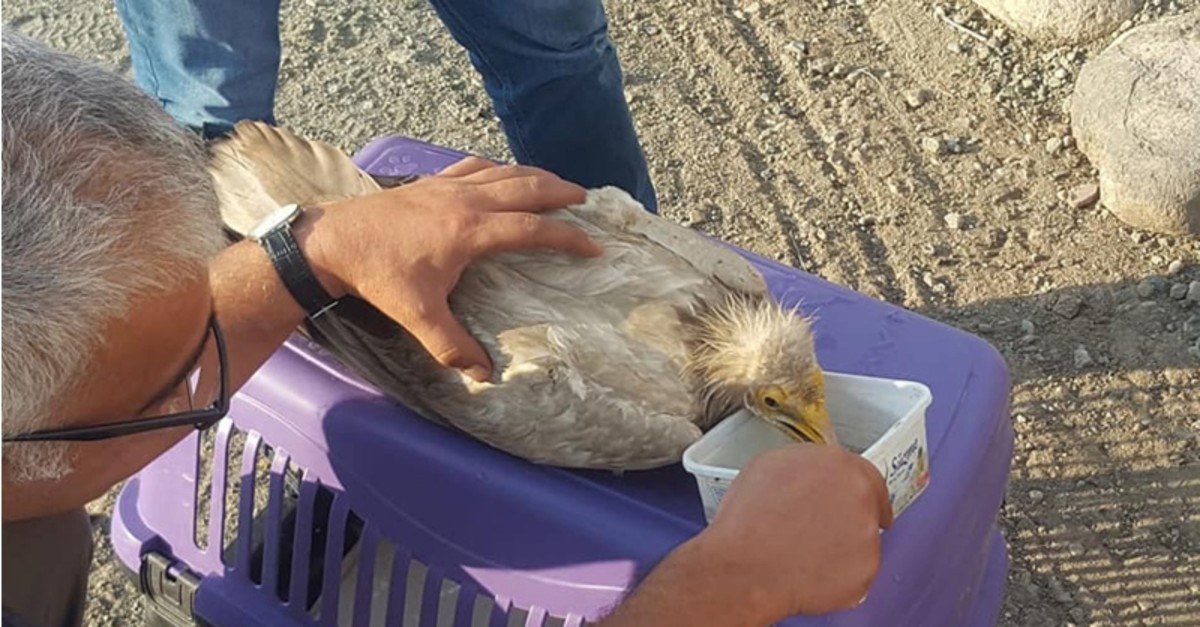 Initial examinations by the General Directorate of Nature Protection and National Parks (DKMP) showed the bird's injury in its right wing was caused by exhaustion and starvation.

The vulture, which is under international protection, was found wounded by a local.

Following early treatment by the DKMP, the vulture was taken to the Kars Kafkas University Wildlife Treatment and Rehabilitation Center where treatment is to continue.

The wounded vulture will be released back to nature after its treatment.