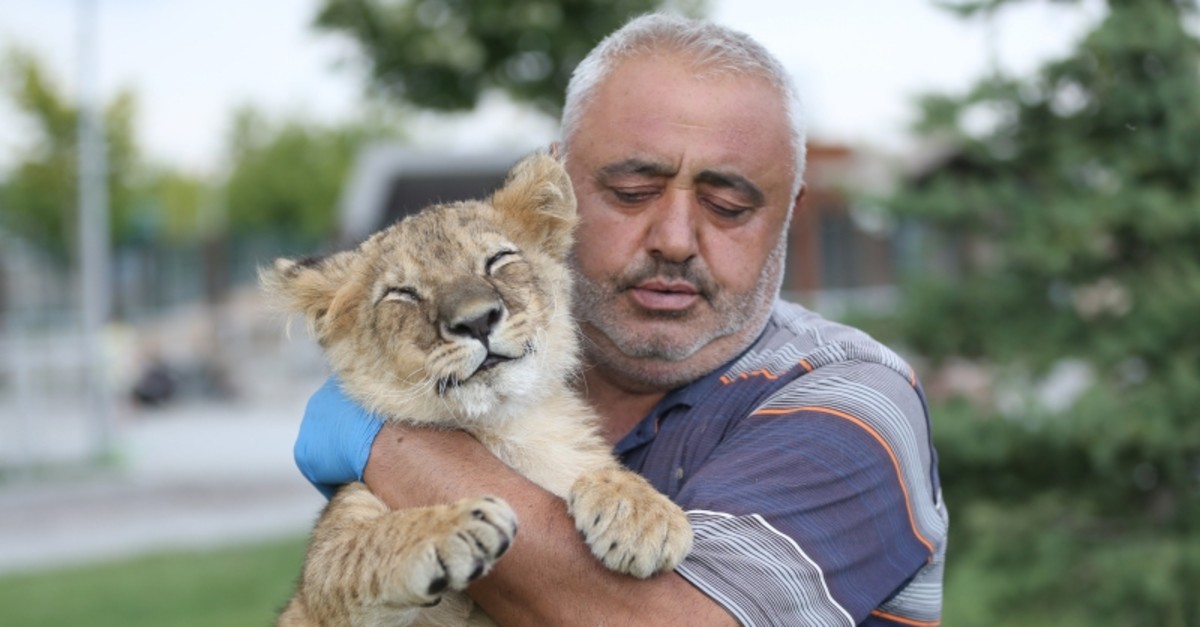 A four-month-old lion cub rejected by its mother at a zoo in central Turkey's Kayseri has found the missing parental love in a zookeeper. 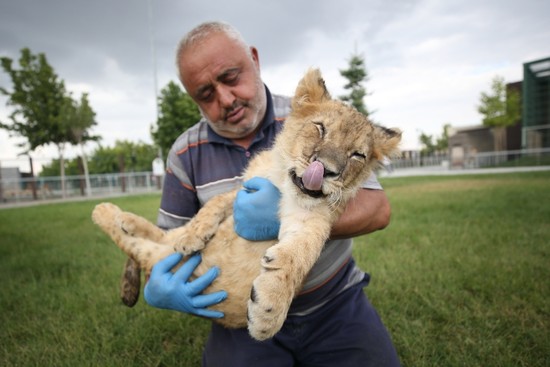 The male cub named "Pusat" was born on April 23 as the eighth member of the lion kingdom at the Kayseri Metropolitan Municipality Zoo, but was soon rejected by its mother and had trouble in feeding, zoo manager Burhanettin Bacak told Anadolu Agency. 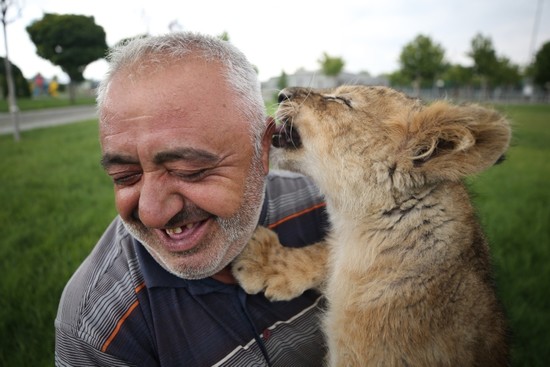 Zookeeper Adem Delioğlan noticed this and took Pusat under protection with a special interest, Bacak added. "He approaches him with the affection of a father and provides care for him. Pusat had some health issues after getting rejected by the mother. Our veterinary and health technicians carried out his treatment," Bacak said, adding that Pusat is enjoying life and his health is pretty well. 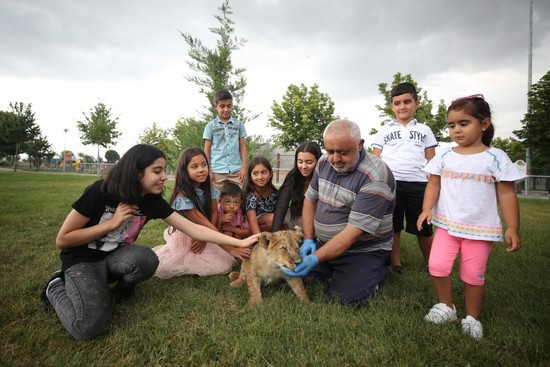 Delioğlan, who takes care of the zoo's entire lion population, said Pusat's rejection affected him and he developed a special interest for the cub. He added that he and other colleagues exerted great effort to keep Pusat alive. 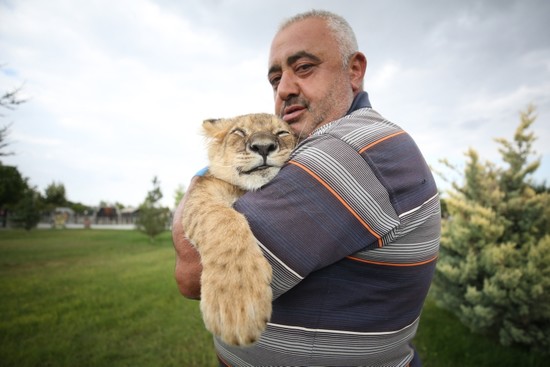 "I take care of Pusat from the morning until the evening as if he's my child at home. I can say that Pusat sees us like a father. He looks at our reactions and responds by coming toward us when we call out his name. I embraced him as a child of my own," Delioğlan said, adding that they keep the cub under constant monitoring. 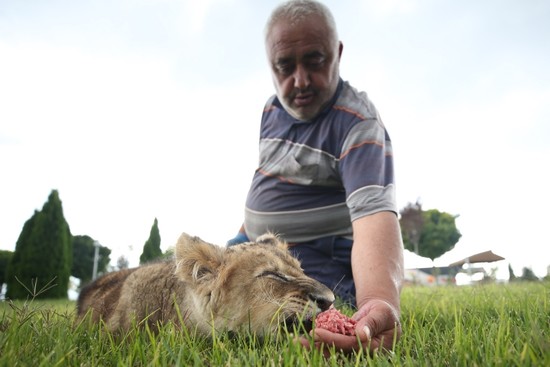 They feed Pusat by the hand and with nursing bottles, he added.