Rescuers save 6 orcas that became stranded on Argentine beach 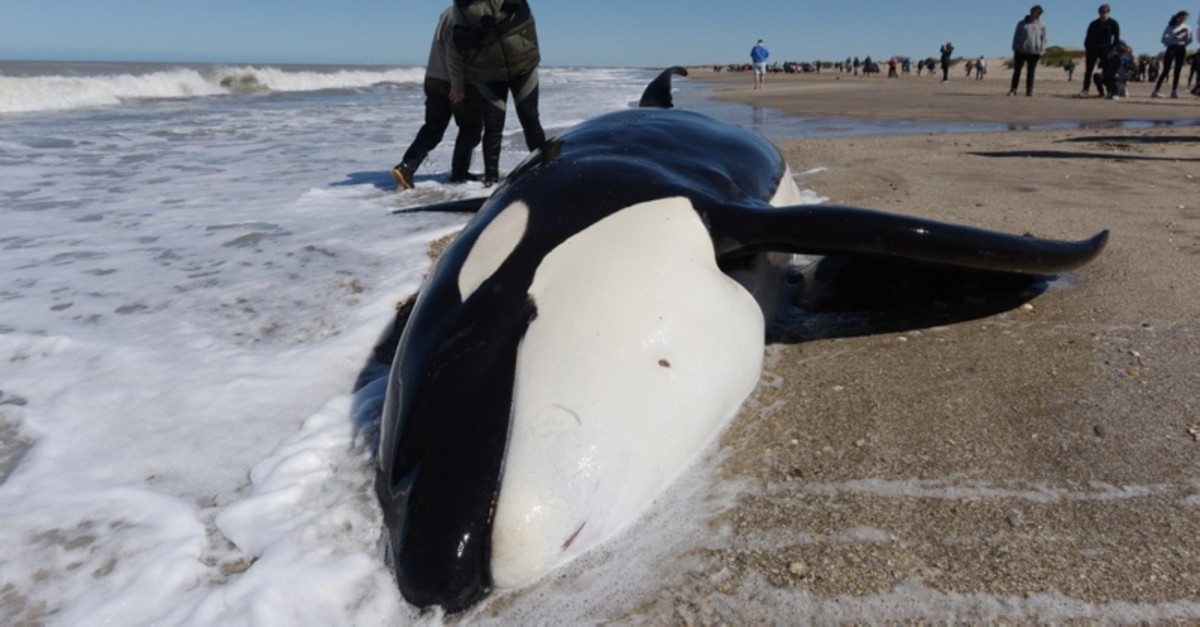 Rescue workers and volunteers have saved six of seven orcas that became stranded on an Argentine beach.

Seven killer whales, or orcas, had beached in La Caleta near Mar del Plata. Six of them were pulled back to sea, while one died during the operation.

A person spotted the orcas in the beach town of Mar Chiquita and called authorities early Monday. City workers, firefighters and marine biologists came to help and managed to pull six to safety.

Officials say they're not sure why the orcas beached themselves.

Mar Chiquita's tourism secretary Flavia Laguné said the orcas didn't appear to be ill. But authorities plan an autopsy on the orca that died.

A vessel of the maritime authority accompanied the cetaceans to prevent them from turning back.

It was not known why the killer whales had come ashore. They showed no sign of illness, and it was thought possible they had lost their orientation, environmental official Flavia Lagune told daily La Nacion.

Killer whales or orcas, which can be over 9 meters long, are closely related to dolphins. They are able to communicate and coordinate hunting tactics. Males can reach the age of 60 and females can reach 90.