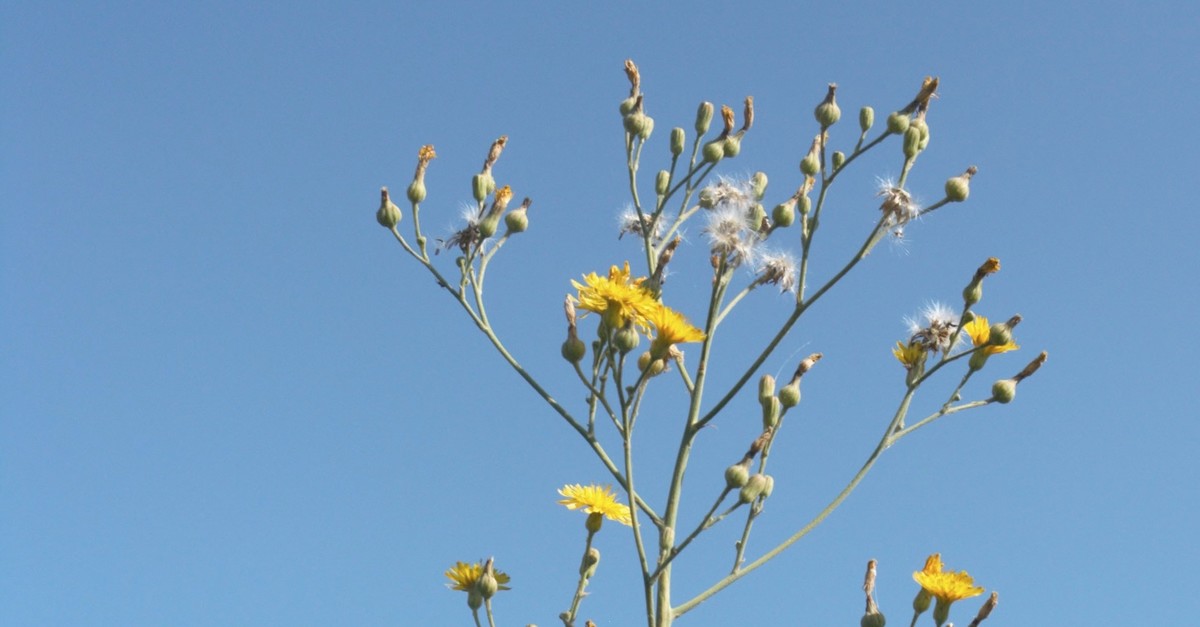 Erzincan's milkwort plant, which is found only in the salty swamps to the east of Turkey's Erzincan Plain and protected by the Bern Convention, was found to be among the rare endemic plant species in the world that do not grow in soil with its antimicrobial (bacterial resistant) features.

Professor Ali Kandemir, the head of Botany at the Department of Biology, Faculty of Arts and Sciences at Erzincan Binali Yıldırım University (EBYÜ), told Anadolu Agency (AA) that Erzincan's milkwort plant (Sonchus Erzincanicus) is one of most unique plants in the world.

Explaining that Erzincan's milkwort was first collected by Scottish and British scientists in 1957 and was later understood to be a new species; Kandemir stated that it was brought into the scientific world with a publication.

"Despite all the searching, until the 2000s, this plant was never found again. As part of a study carried out in the 2000s, this plant was recollected by me and then it's distribution and production type was analyzed. What is important about this plant for our country is that Erzincan's milkwort is a type of plant that should be protected according to the Bern Convention on the Conservation of European Wildlife and Natural Habitats signed in 1979. We have an obligation to protect this plant species," he added.

Underlining that they have been conducting a number of scientific studies on Erzincan's milkwort, Kandemir said, "Our scientific studies have shown that the plant displays high level of antimicrobial activity. There is another feature that distinguishes this plant from other endemic plants. While almost all other plants are clinging to growing habitats such as soil and rock, Erzincan's milkwort continues to live among the base leaves of the plant known as juncus in the region without touching the soil of the environment. There is such a difference from other endemic plant species. In the soil analysis carried out in the Ekşisu reeds, it was found that many plants could not grow there due to the high pH level. Juncus is one of the few species that have adapted to these environments. In the parts where the base leaves are common, the soil pH decreases to th

e appropriate level for milkwort to survive. In addition, the rotten leaves and stem remnants of the bucket plant meet the necessary organic material for the milkwort and protect them against grazing with their hard, stinging sharp leaves." Kandemir said an action plan has been prepared by the Erzincan Nature Conservation and National Parks Directorate for the protection of the Erzincan milkwort plant, one of the rarest plants in the country. Highlighting that this action plan is important, Kandemir noted, "If the road map to be determined in this plan is taken into consideration, we will be able to protect this rare plant species, which is unique to our country and spread out in only a very small area on the Erzincan plain."