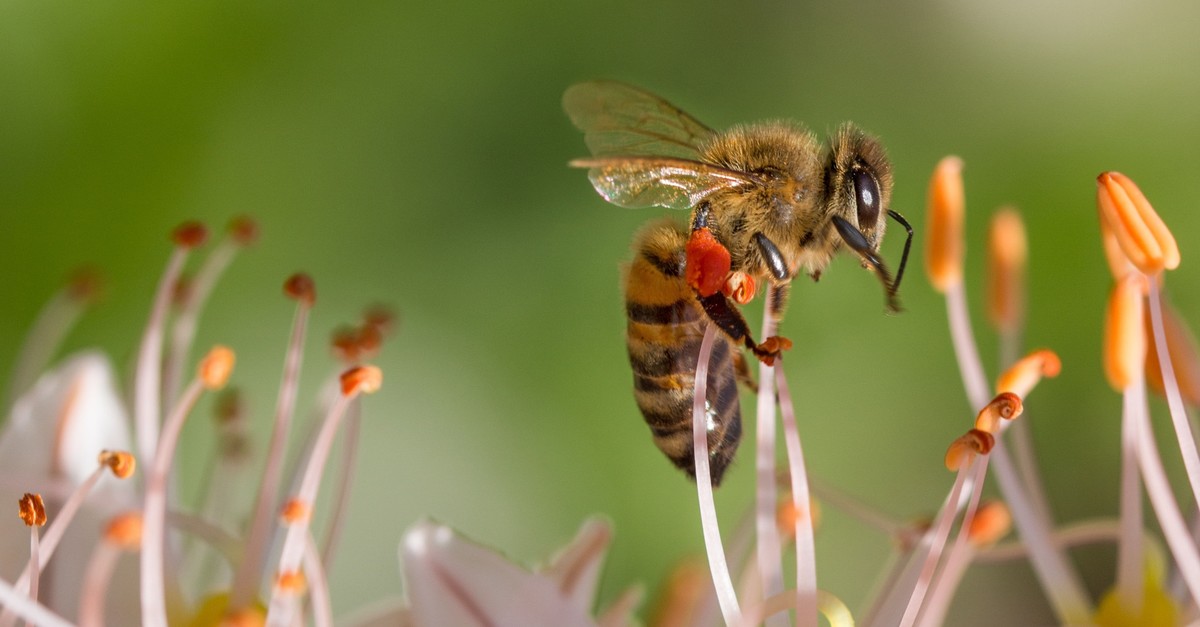 The decline in the population of wild bees is believed to be related to global warming.
by Anadolu Agency Oct 07, 2019 12:29 am

With many wild bee species only able to survive within specific temperature ranges, global warming has placed the global bee population in peril.

"Global warming is believed to be a major driver of wild bee declines. Some wild bees can only survive in a narrow range of temperatures. As their habitats get warmer, the places where they can live grow smaller," said Philip Donkersley, senior research associate in entomology – the study of insects – at the U.K.'s Lancaster University.

Speaking on the occasion of World Animal Day, Donkersley told Anadolu Agency (AA) that some species have been forced to move to higher altitudes, constricting them to ever smaller areas.

"The decline of these pollinators is linked with changes in land use, the spread of disease and agrochemical use," he said, referring to other environmental threats to bee populations in addition to global warming.

Out of more than 800 wild bee species across the Europe, seven of them are classified as critically endangered and 46 endangered while 24 are vulnerable and 101 near threatened, he said, citing the list by the Switzerland-based International Union for Conservation of Nature. "Collectively, these losses will have significant impacts on global pollination," he added.

However, care must be taken in trying to increase bee populations. Donkersley underlined that the current decline of non-Apis species – all bee species apart from the honeybee – could be made worse by increasing honeybee densities.

"Attempts to address the issues causing declines in honey bees may even reduce the impact of efforts to conserve wild pollinators," he said, citing growing evidence that high densities of honey bees, such as those associated with urban beekeeping, could lead to declines in wild pollinators.

"Artificially increasing the density of honeybees can have knock-on effects that push native non-Apis pollinators out of their natural habitats by consuming these resources," added Donkersley.

To prevent this decline, he suggested that controlling the use of chemicals in agriculture had the potential to improve pollinator resilience and help fight population losses.

Established in 1964, the International Union for Conservation of Nature's Red List of Threatened Species has evolved to become the world's most comprehensive information resource on the global conservation status of animal, fungi and plant species. Invasive species that come as a result of climate change, bee population movements and losses of habitats caused by intensive farming are the main threats to honeybees, according to Martin Smith, a director at the British Beekeepers' Association (BBKA).

Noting that climate change could have both positive and negative effects on bees, Smith told Anadolu Agency (AA) that warmer climates made beekeeping more difficult in extreme heat conditions as sources of nectar reduce.

"Equally, in colder climates, warmer summers can extend the season," he said.

Smith added that although domestic bee breeding in compliance with local conditions is difficult for beekeepers, it was also the "best way" to protect bees from the negative effects of climate change.

Underlining the importance of honeybees for the environment and particularly for early-flowering crops like mirabelles, apples and pears, he said beekeepers should be vigilant against external threats, such as Asian Hornets, that have a big impact on the colonies by feeding on honeybees.

For his part, Donkersley stressed that a "substantial shift" was needed in the way humans think about pollinators. "Conservation efforts need to address declines in all pollinators in terms of developing landscapes to support pollinator communities, not just honeybees," he explained.