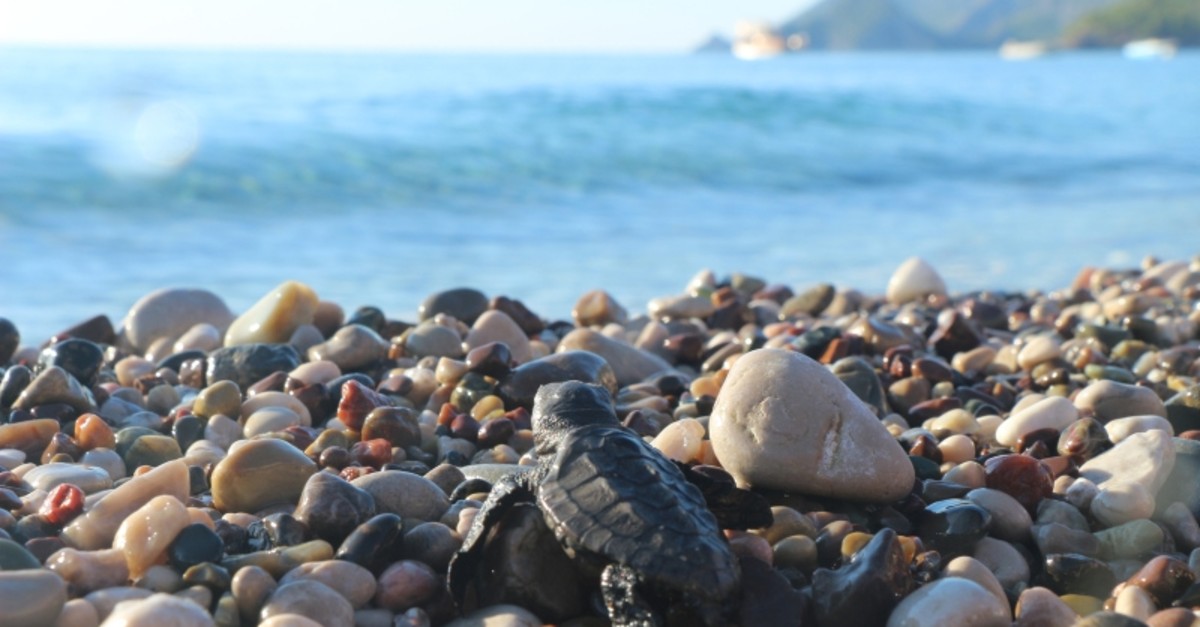 Over 70,000 baby sea turtles crawled into the sea from Turkey's Mediterranean coast this year, an official said Tuesday.

Canbolat and 90 volunteers from five different countries were on guard duty day and night on the beaches for three months as part of the turtle protection program.

They protected spawning areas and ensured the tiny turtles crawled into the sea without any trouble.

"It's worth mentioning that the volunteers stayed up all night to guard the hatchlings," Canbolat said, noting that those who helped lived in tents and pre-fabricated houses.

He added that only half of the hatchlings, which this year numbered 2,120, are able to reach the sea as most of them are hunted by predators and birds.

Canbolat noted that "two or three out of a thousand hatchlings" reach adulthood.

"Laying lots of eggs is crucial for the survival of species with such a high mortality rate," he said.

He said that there were about 400 nests in Belek back in 1998. However, this figure has soared in recent years thanks to the efforts of volunteers.