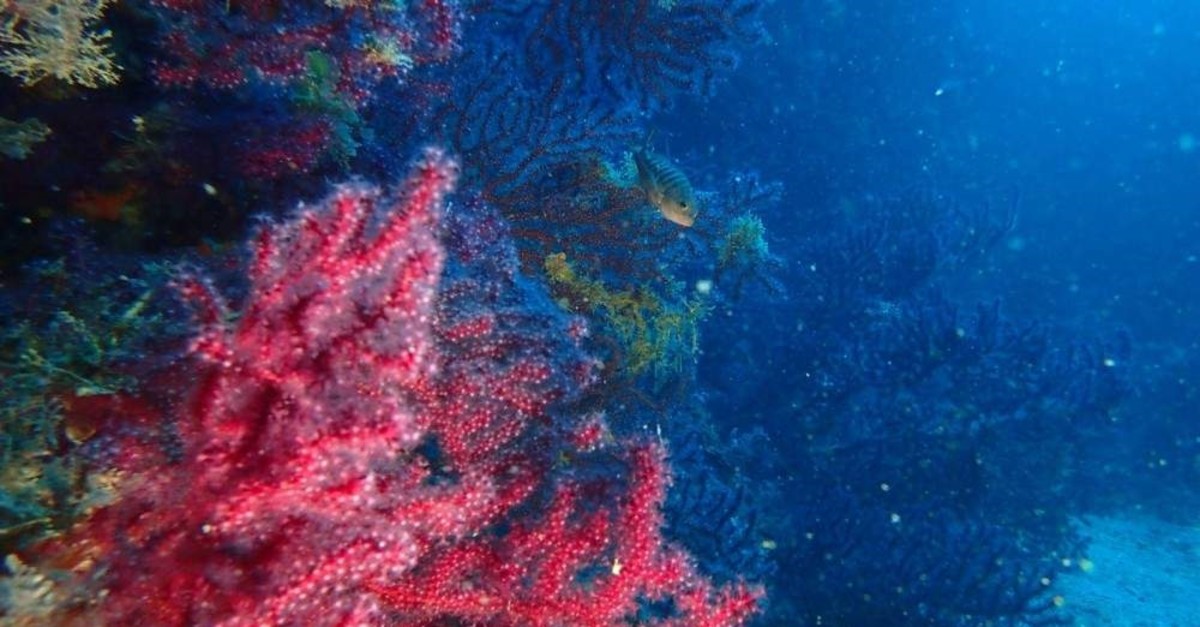 There are many wonders you can see when you are in Turkey. It is truer for the world under the sea, where the treasures of the infinite blue are hidden away from prying eyes.

Located in the western province of Balıkesir on the Aegean shores, Edremit is a popular resort town but what many don’t know is that it hides its real beauty under its azure-blue waters.
The red corals of Edremit, which are often used to make jewelry, create a mesmerizing world under the sea. Sadly, however, these red-pink creatures are on the verge of extinction.

In order to protect the Edremit's red corals, Balıkesir Metropolitan Municipality has announced that it will build six stations to protect them.

As a part of “Edremit’s Hidden Treasures: Red Corals Project,” professional divers have made assessments and pinpointed the coordinates of the corals. To save these corals from extinction, the municipality will launch a series of protection programs.