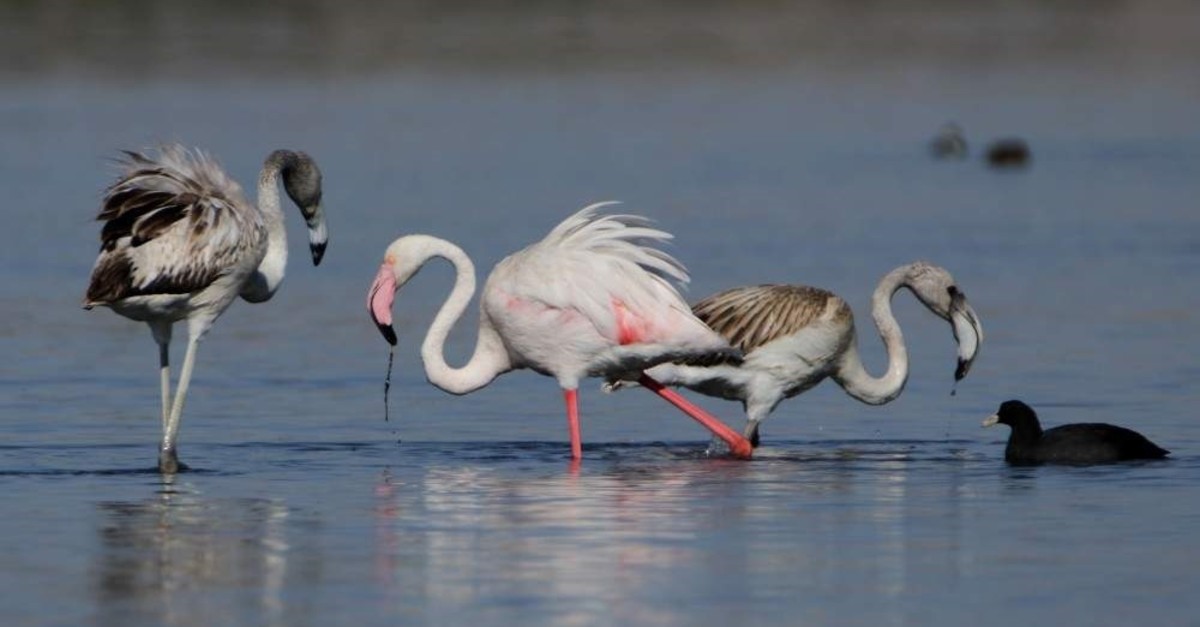 | AA Photo
by Anadolu Agency Oct 25, 2019 6:35 pm
Flamingos nesting at Turkey's largest lake during the summer months have begun to migrate to warmer regions of Africa.
The fluffy pink fowl with their slender necks add to the scenic natural view of Lake Van in eastern Turkey. During their two-month stay, they draw tourists and photographers to the region.
Zoology professor Özdemir Adızel told Anadolu Agency that Lake Van is an important feeding ground for flamingos, along with 234 other bird species.
"Flamingos are a transit species for the Lake Van basin, that is, on their way from one point to another. They come here in the spring, stay for a few months and begin migrating again in November," Adizel said.
Arif Taşdemir, deputy chair of Worldwide Photographers Association, said many events have been held to capture the unique scenery around Lake Van.
"We photograph different beautiful (sites) in the region every season," Taşdemir said.
Taşdemir added that photographers also had the opportunity to promote Van as most came from different cities across Turkey.