Climate change causes one of Turkey's largest lakes to shrink 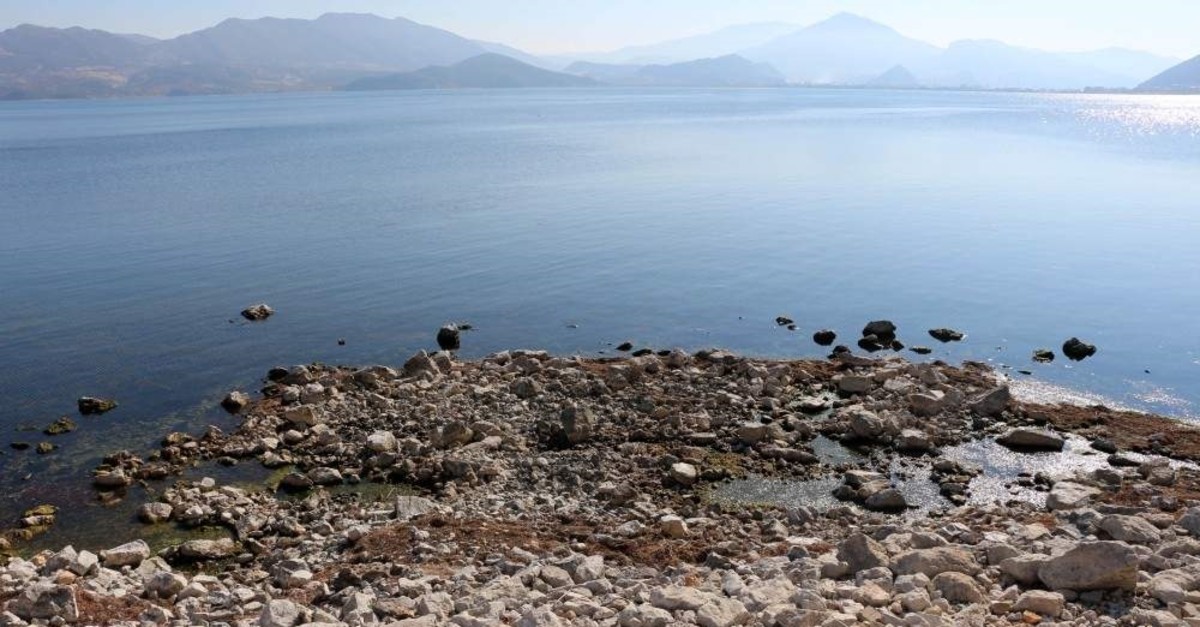 Lake Eu011firdir water level and surface continues to shrink due to misuse and the effects of climate change. (DHA Photo)
by Daily Sabah Nov 06, 2019 2:10 pm

The southern part of Turkey is known with its lakes. Being home to one of the biggest lakes in Turkey, Isparta has been blessed with natural beauty and the life that Lake Eğirdir gives to the region. However, climate change has begun to show its ugly face in Anatolia. According to scientists, the surface of Lake Eğirdir has shrunk 84 square kilometers in the last 10 years.

Came into being as a part of thousands of years of geological phenomenon, Lake Eğirdir covered 520 square kilometers back in 2009. The scientists who have been observing the changes in the lake said that the lake which is a main source of drinking water in the region continues to shrink due to excessive use and climate change.

According to the recent finds, the lake’s water levels also dropped from 16 meters to 10 meters in the last decade and if necessary precautions are not taken in the near future, Lake Eğirdir will seize to exist.