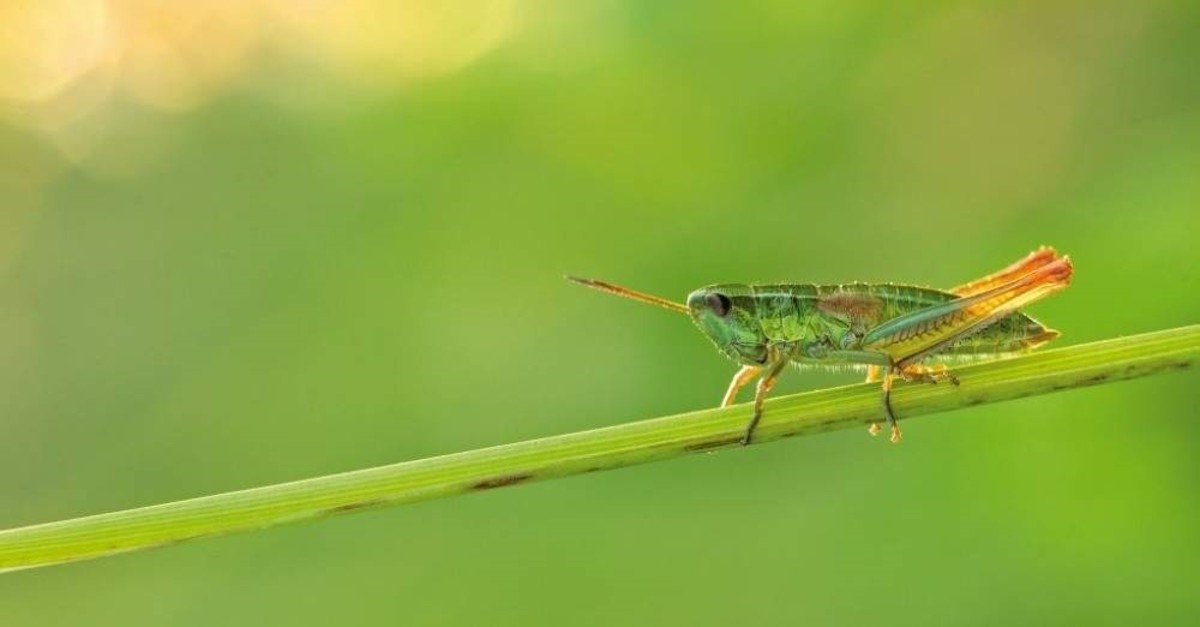 Locust is a type of grasshopper with short appendages. (IHA Photo)
by Daily Sabah with IHA Nov 08, 2019 6:48 pm
British entomologist and ecologist C.B. Williams once estimated a population of 1 million trillion insects on Earth at any given time; however, this might be changing. According to a study conducted by a team of international scientists, the world’s insect population is declining dramatically.
The researchers collected more than 1 million insects at 300 sites. They were able to prove that many of the nearly 2,700 investigated species' numbers are declining.
Didem Ambarlı of Düzce University in Turkey, one of the scientists involved in the study, said the results are worrying for biodiversity and the ecosystem in general. Ambarlı said the study took place in Germany, and they have no data on the insect population in Turkey.
“The insect population is declining, especially in the areas that are heavily cultivated; however, Turkey still holds on to its wildlife and biodiversity. We need to conduct a thorough study to come to a conclusion,” said Ambarlı.
So far scientists around the world have conducted various studies and discovered that there is a crisis regarding the insect population of the planet. The results of multiple studies showed a decline in the population but since no long-term studies had been conducted, results remained inconclusive until this recent study.
The international study, which took place between 2008 and 2017, revealed that the population density of insects in the studied area declined by 40%. The study also predicted that one-third of the world's insect population will be gone in the next decade, and many insects will face extinction, including dragonflies and spiders.
Last Update: Dec 20, 2019 1:32 am
RELATED TOPICS