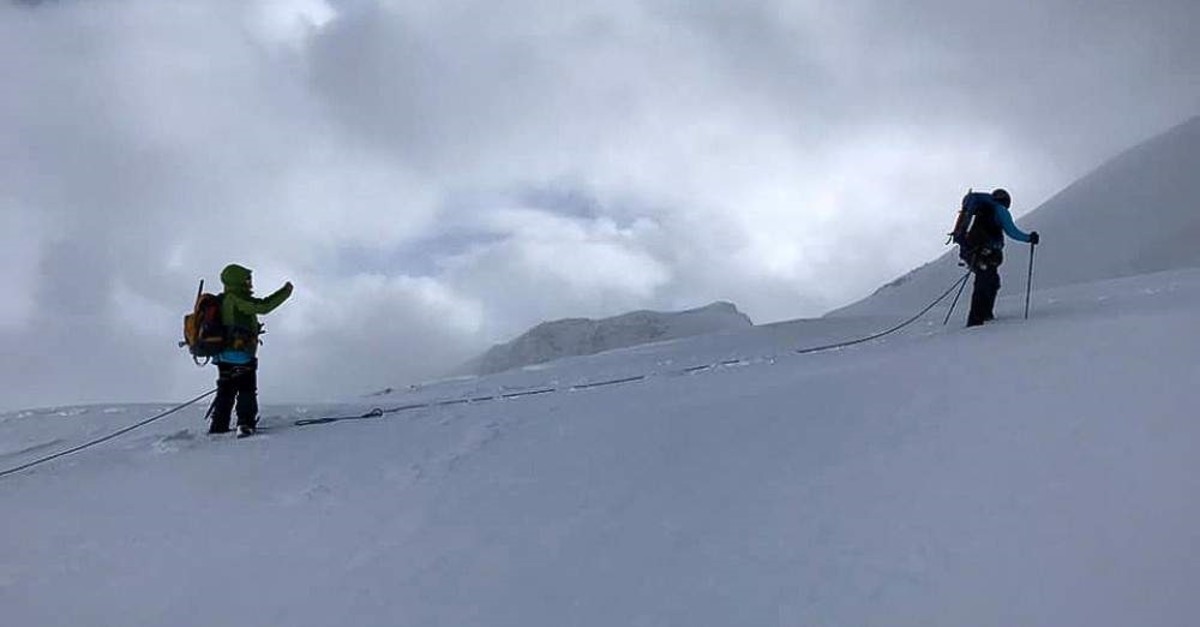 Turkish mountaineers climb to the highest summits of Turkey and the world to draw attention to climate change. (AA Photo)
by Anadolu Agency
Nov 11, 2019 5:23 pm
Four mountaineers from the western city of Bursa have undertaken an ambitious project. In order to draw attention to global climate change, the four friends have initiated a network to bring all mountaineering clubs in the world under one roof.
As a part of the project, the Turkish mountaineers aim to hold mountaineering meetings in Turkey and Switzerland as well as study extinct species and water sources in the mountains. They also want to reduce plastic use in mountaineering gear and encourage campaigns to raise awareness on climate change.
Speaking to Anadolu Agency (AA), Hacer Özkalender of Nota Mountaineering and Winter Sports said their first aim is to organize climbing events in Switzerland. “Since the roots of mountaineering go back to the Swiss Alps, we wanted to start there. We will also pay a visit to the International Climbing and Mountaineering Federation (UIAA) and talk about our projects,” she said.
Project coordinator Ahmet Yellice said that their primary aim is to bring all mountaineering clubs around the world together to hold special events. “We want to raise awareness on global clime change. As a part of the project, we will organize panel sessions at high schools and universities and teach students how to be mountaineers. We will also plant saplings all over Turkey and organize garbage cleaning events,” said Yellice.
Last Update: Dec 20, 2019 1:35 am