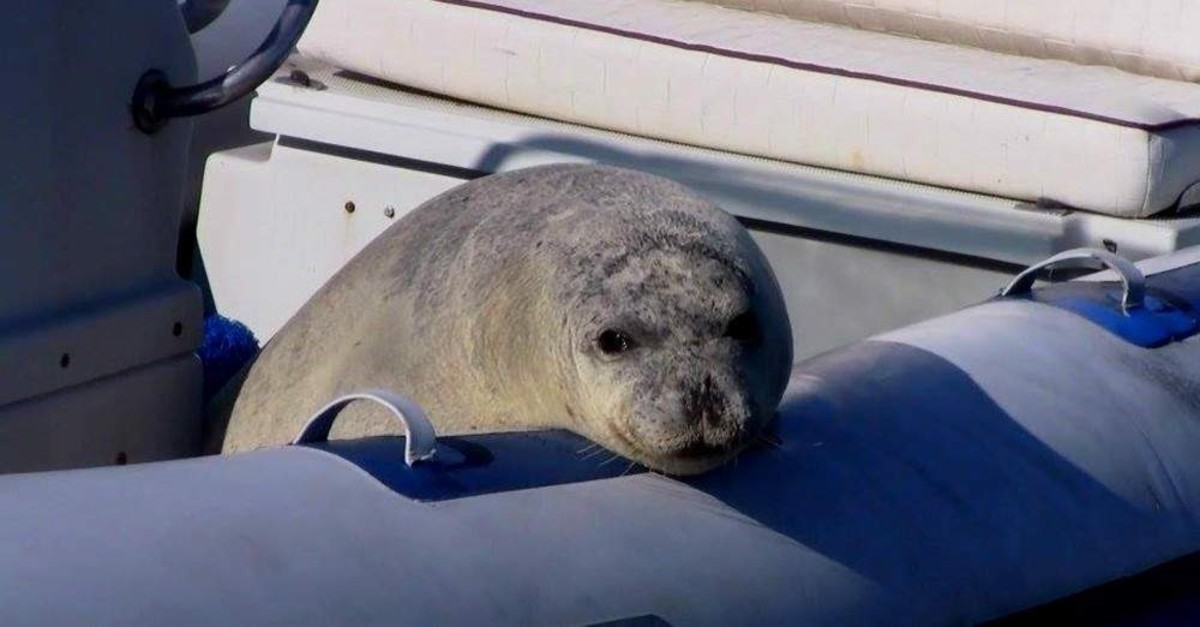 The government is working on a plan to protect endangered Mediterranean monk seals, Environment and Urbanization Minister Murat Kurum announced last week.
"Once the ministry's Biodiversity Research Report is completed, we will protect the habitats of the Mediterranean monk seals to increase their population," he said. There are only 600 of monk seals left in the entire marine ecosystem.

The ministry has been observing the habitats and population of monk seals in Foça, Gökova, Datça and Bozburun on Turkey's Aegean and Mediterranean coasts since 2017.

Minister Kurum ensured the media they have not allowed any fish farms near the habitats of this endangered species, especially in their main breeding area in Karaburun and Ildır Gulf.

The Mediterranean monk seal (Monachus monachus) is one of the world’s most endangered marine mammals. It is the sole member of the genus Monachus, and is one of two surviving species of monk seals along with the Hawaiian monk seal. The species is described as ”critically endangered” by the World Conservation Union (IUCN) and is listed on Appendix I of the Convention on International Trade in Endangered Species (CITES). Because of their trusting nature, they were easy prey for hunters and fishermen using clubs, spears and nets.