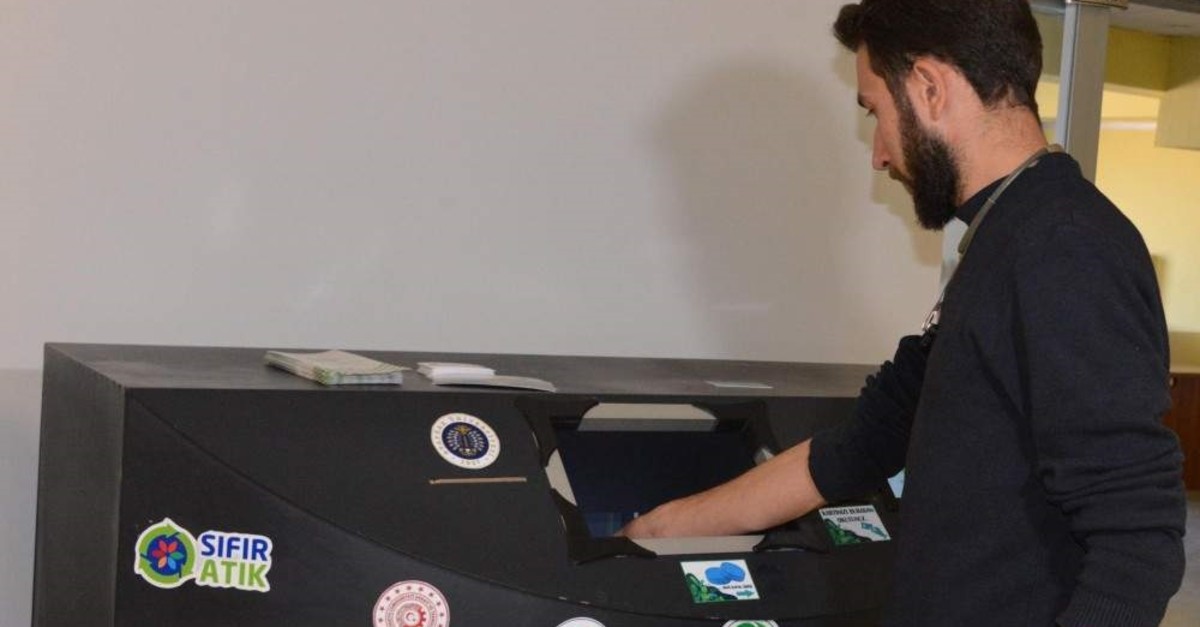 by
Nov 18, 2019 1:27 pm
Atatürk University’s engineering students have invented a waste sorting machine that works with artificial intelligence (AI) to support the Zero Waste Movement that has been being carried out across Turkey since 2017. The machine, called “Ekolojim," sorts solid waste into five different categories to ease the recycling project.
Muhammet Taha Topalli, Ömer Faruk Topalli, Rıdvan Tokyürek, Furkan Karabacak, Enes Çorapsız and Ali Yıldırım set to work on lending support to the Zero Waste Movement with their motto “recycle for life.” With their project, the team of engineering students won second place at the science competition held by the Scientific and Technological Research Council of Turkey (TÜBİTAK) last July.
Following their success, companies and universities from all over Turkey, including Ankara University, Erzurum Technical University and Bayburt University, have started placing orders for the sorting machine.
Speaking to the press about their invention, student Topalli said the main issue is that recycling is not conducted properly everywhere, making it impossible for sorting systems to be installed on a large scale. “Most people throw liquid waste into solid waste containers. With the new machine, we aim to put an end to the complications,” said Topalli.
The machine also gives points to users that can be converted into public transportation credit.
Last Update: Dec 20, 2019 1:45 am