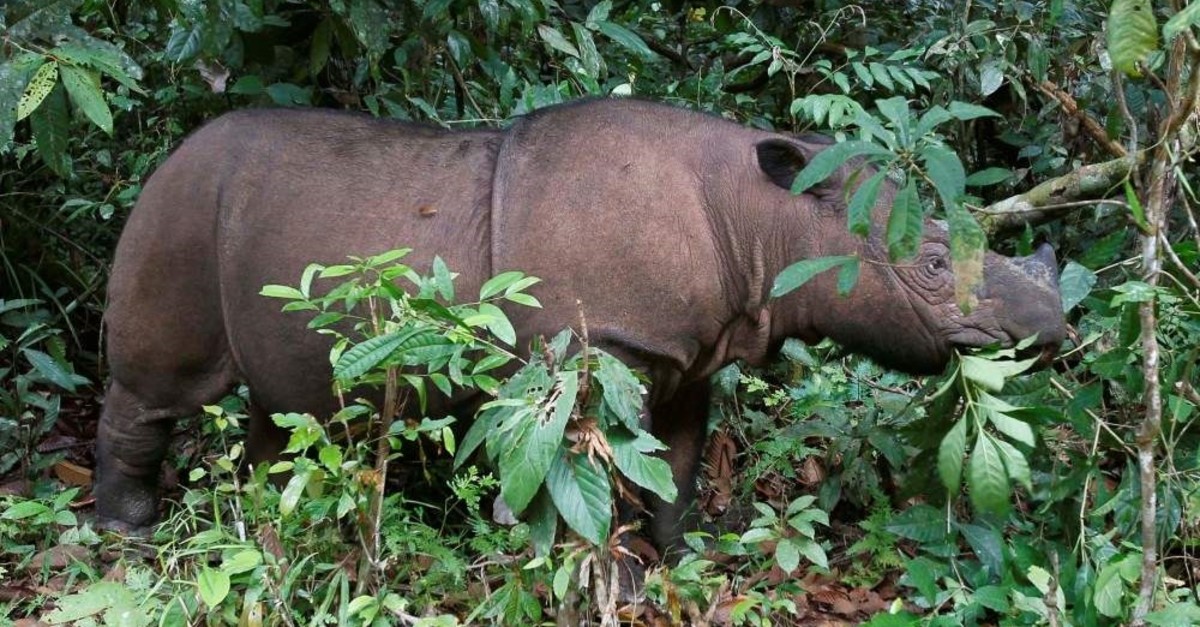 The last Sumatran rhinoceros in Malaysia died on Saturday, leaving the smallest species of rhino, which once roamed across Asia, surviving in small numbers mostly in Indonesia.

The 25-year-old female rhino, named Iman, who has been cared for in a wildlife reserve since her capture in 2014, died of cancer in the state of Sabah on the island of Borneo.

"Iman's death came rather sooner than we had expected, but we knew that she was starting to suffer significant pain," said Augustine Tuuga, director of the Sabah Wildlife Department.

The species has now almost disappeared from the wild, and conservationists estimate that only about 30 to 80 Sumatran rhinos survive, mostly on the Indonesian island of Sumatra and on the Indonesian side of Borneo.

Their isolation, caused by habitat loss and poaching, means they rarely breed and may become extinct in a matter of decades, according to conservation group International Rhino Foundation.

Since 2011, Malaysia has tried to breed the species in captivity through in-vitro fertilization, but without success.