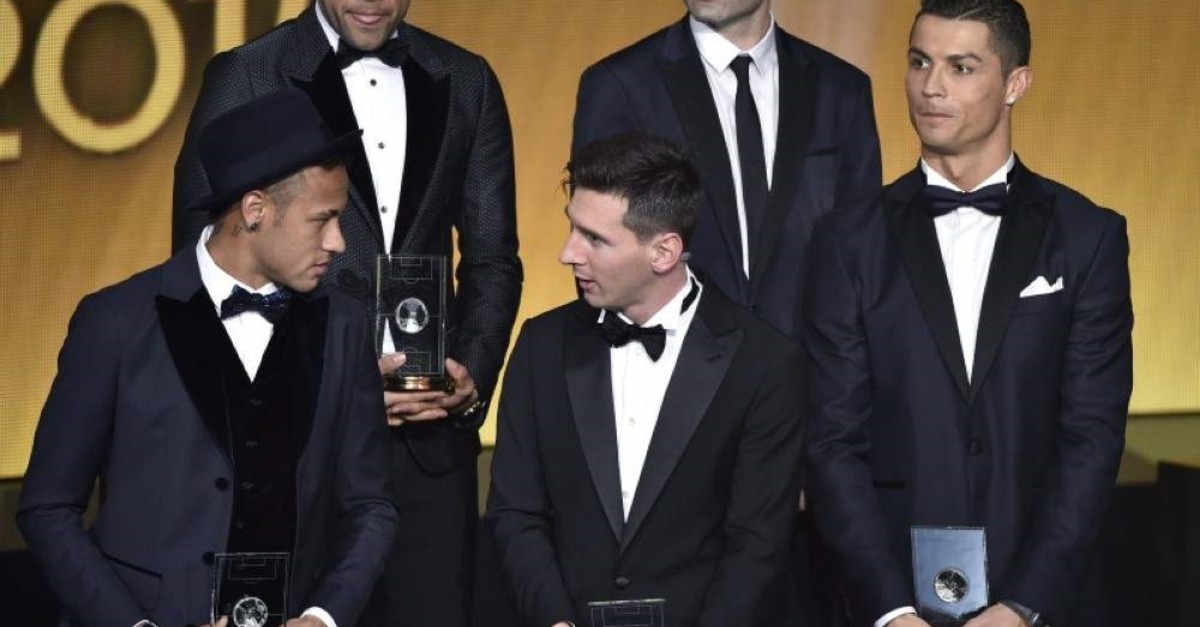 Neymar, Lionel Messi, and Portugal and Cristiano Ronaldo pose on stage after being selected in the 2015 FIFA FIFPro World XI during the 2015 FIFA Ballon d'Or award ceremony. (AFP Photo)
by Nov 26, 2019 4:44 pm

Air travel by the top 20 footballers nominated for the 2019 Ballon d'Or produced 505 tonnes of carbon dioxide (CO2) emissions this year alone, according to a climate change researcher.

Andrew Welfle, from the University of Manchester, said soccer bodies and teams must combat climate change by curbing air travel and finding alternative methods for their frequent flier players to reduce CO2 emissions.

Forty tonnes of CO2 emissions is the equivalent of burning approximately 44,000 pounds of coal, the study said.

"The nature of the football sector where teams regularly travel great distances for fixtures, in addition to having international playing staff and managers who frequently fly ... is a recipe for a high carbon footprint," Welfle said.

Global soccer body FIFA, England's Premier League and individual clubs would take remedial action if a light was shone on their carbon footprint, he added.

The study highlighted the damage caused by private jets but did not say how much of the players' carbon footprint was for individual or team travel.