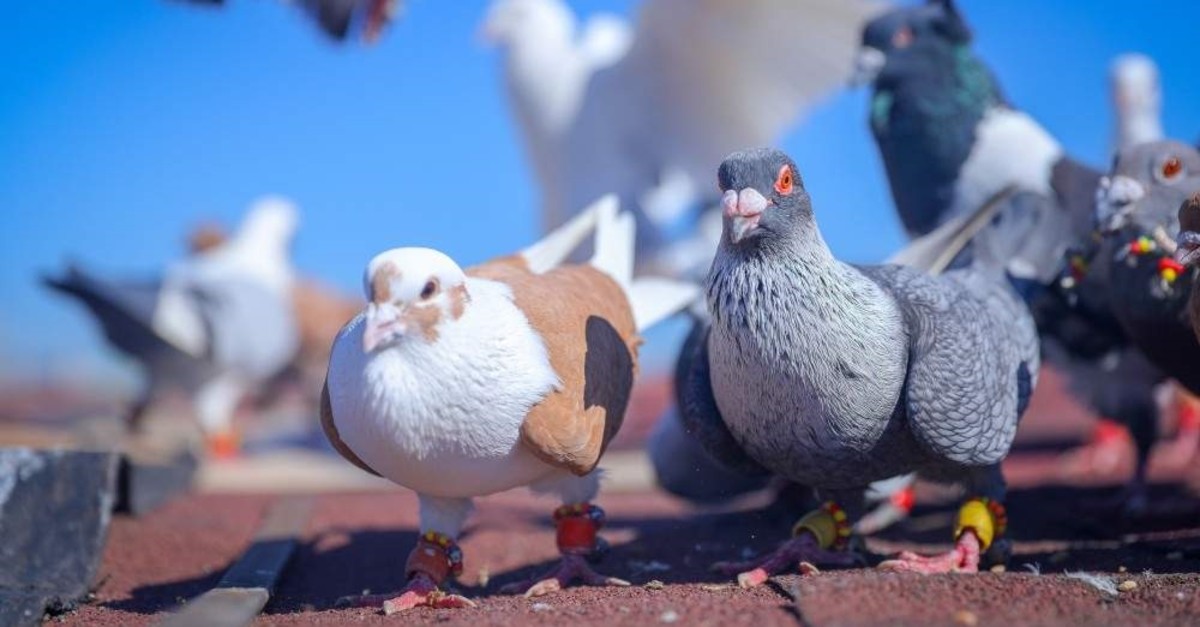 A decline in bird populations is the first indication that something is ecologically amiss, according to an expert from a wildlife organization.
"Birds are the first stimulus of degradation in an area. If there is a decrease in the bird populations somewhere, it indicates that something is wrong there," Ahmet Emre Kutukcu, a wildlife expert from World Wildlife Fund (WWF) Turkey, told Anadolu Agency (AA).
Citing the relationship between bird populations and the balance of nature as an example, he said that at one time in Europe, birds that were feeding on farmlands decreased because of a pesticides-related reduction in the insect population, which also caused a decrease in pollination.
"However, if there is a sufficient proportion of raptors, there is no need for pesticides, since there will be fewer rodents there," he added, noting that the U.S. and European countries have conducted many projects to tackle this problem.
Touching on the key role of migratory birds on the environment, Kutukcu said they serve as cleaners in the ecosystem and also control the population of rodents and rabbits on farmland.
"Because of a decrease in the vulture population last year in India and Pakistan, rabies has increased in the two countries, and this also led to financial losses," he said.
He went on to say that storks, which feed on lizards and frogs, make a contribution to agricultural production as they keep the populations of these two animals under control.
"Insectivorous birds, for example, also play an important role as part of public health by preventing the increase of disease-carrying insects and mosquitoes," he said.
Highlighting another significant contribution of migratory birds to pollination, he said fieldfares ensure the spread of many seeds, especially fruit seeds. That marks a huge contribution to the sustainability of an ecosystem as everything in the environment is connected to each other.
Threats to migratory birds
Speaking on the primary threats to migratory birds, he said pollution of the areas where the birds are resting and feeding put their migration at risk.
"The drying of lakes and other wetlands adversely affects [their migration] while sudden floods can cause nests to dissipate... Also, habitats of the birds that live in the highlands are restrained due to extreme rises in temperatures," he said, referring to the devastating effects of climate change.
He added that human impact also plays a negative role in the destruction of their habitats.
Turning to the things that need to be done for the protection of bird populations, Kutukcu said that making migration routes safe should be a priority.
"The points [areas] used by these birds should be determined and observed by ornithologists and projects should be carried out to eliminate dangerous activities. Additionally, accommodation and feeding areas of these birds such as farmlands and wetlands should be enriched and the attractiveness of the places should be increased as well," he added, without elaborating.
Mentioning electrocution-caused bird deaths, he also said that necessary steps in electrical insulation must be taken to prevent casualties.
Plastics and death
Birds, migrating for miles, function in carrying seeds as well as playing a role in ensuring the biological balance by feeding on insects. So through annual migration, these birds maintain a balance in the food chain, Şafak Arslan, biodiversity coordinator at the Izmir-based Doğa Association, the partner of BirdLife International, told Anadolu Agency (AA). To raise awareness on these birds, "World Migratory Bird Days" - a biannual awareness-raising event marked on the second Saturday of May and October - was observed this year under the theme "Protect Birds: Be the Solution to Plastic Pollution."
"Birds cannot feed when their beaks and necks are stuck in plastics at feeding grounds, so they die. In their staying and feeding areas on the migration route, when their wings are stuck in plastic, they cannot fly, and this results in death as well," Arslan said.
Touching on the worst-case scenarios that would happen if migratory birds became extinct, Arslan said there would not be a natural factor to carry seeds as all living creatures are part of the ecosystem.
"If migratory birds vanish... insect populations will increase, and a natural factor that kept other populations under control as well as sustained the food chain will disappear," he stressed.
Giving an example of this, he said if the Egyptian vulture - an endangered species on the red list of the International Union for the Conservation of Nature (IUCN) - became extinct, animal carcasses would remain in the environment, which would lead to the rapid spread of diseases, as vultures are scavengers.
"Therefore, we can say that all living things voluntarily work for the cycle of the ecosystem," he said.
Mentioning the Doğa Association's work in protecting migratory birds, he said they engage in national and international activities such as observing migration and counting and recording bird species.
The organization has also published works on protecting habitats as well as species such as the publication entitled "Key Biodiversity Areas of Turkey," which was released in 2006.
Last Update: Dec 20, 2019 1:57 am
RELATED TOPICS