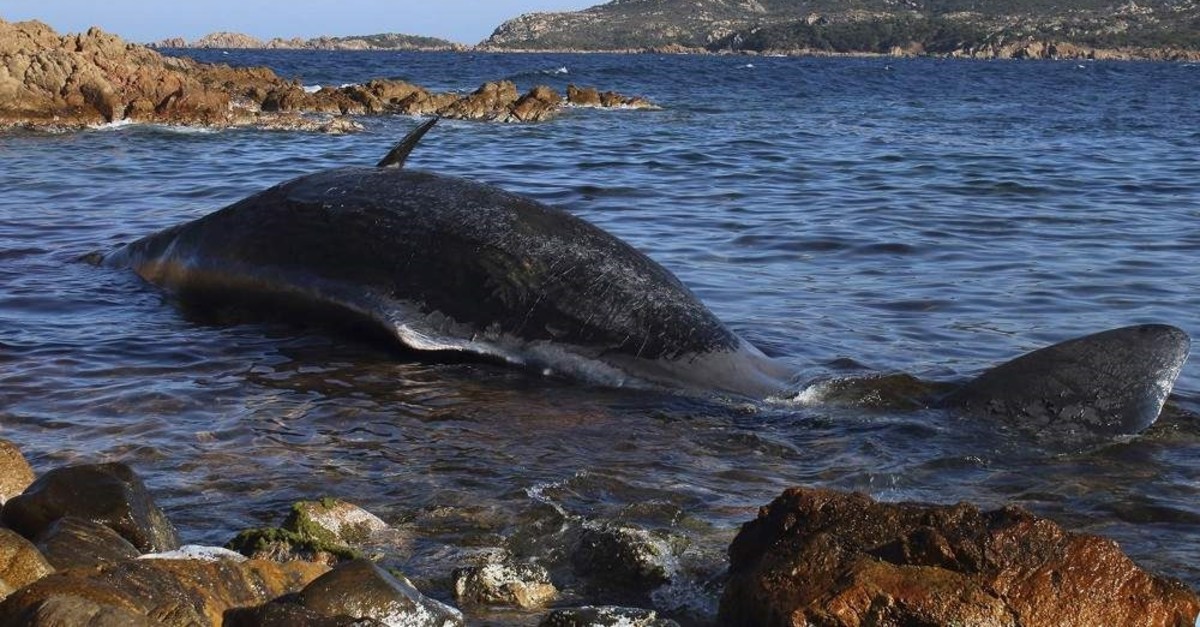 A dead sperm whale that washed ashore earlier this year in Italy also had kilos of plastic in its stomach. (AP Photo)
by Daily Sabah Dec 02, 2019 1:55 pm
The body of a sperm whale found washed up on a beach on Harris Island in Scotland was discovered to have 100 kilograms of garbage in its stomach, revealing the dangerous levels of ocean pollution.
Fishing nets, plastic bottles and glasses, ropes, packing material and many more things were taken out from the stomach of the whale. Experts are currently investigating whether the whale died due to the garbage it ate over the years.
Around 275 million tons of plastic waste is generated each year around the world; between 4.8 million tons and 12.7 million tons is either washed or dumped deliberately into the sea. Experts predict that if the world continues to produce as much plastic as it does today, ocean plastic will outweigh all of the ocean’s fish by 2050.
Last Update: Dec 20, 2019 2:04 am
RELATED TOPICS