Soil erosion: A threat to our health, food and future 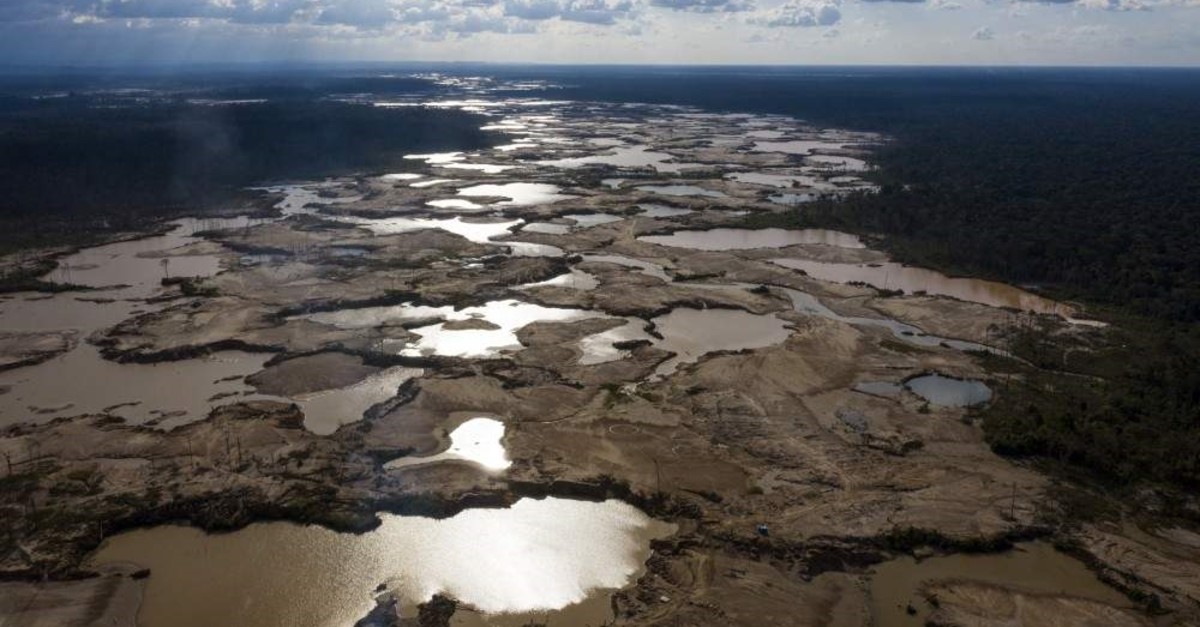 We depend on the land and soil for all our basic needs; however, due to soil degradation, there is a real risk that future generations' food supplies may be gravely limited

Soil degradation is currently the largest threat to food security worldwide and with every bit of soil lost, future generations lose hope for a healthier tomorrow.
The world’s agriculture and food system is at risk due to soil degradation accelerated by climate change. More than half of the soil worldwide is now classified as degraded, with approximately 1.5 billion people living on degraded land. This damage, largely the result of industrial farming practices, over-grazing and global warming, generates an enormous hidden cost for society.
Although new technological advances allow mankind to grow food in laboratories, we still depend on the soil for more than 90% of the world’s agriculture, and billions of people’s livelihoods depend on it.
Speaking on the occasion of World Soil Day, celebrated annually on Dec. 5, Hikmet Öztürk, deputy general manager of the Turkish Foundation for Combating Soil Erosion, for Reforestation and the Protection of Natural Habitats (TEMA), stressed that while the amount of agricultural land per capita continues to fall due to the rising population, soil on 33% of the land has degraded and 12 million hectares (29.65 million acres) of agricultural land is destroyed each year.
"Soil degradation causes a drop in ecosystem services, reduces soil quality and also leads to a loss of biodiversity, which directly affects human welfare," he said.
Erosion, salinization, pollution, loss of organic substance, excessive chemical and pesticide use, deforestation, urbanization and "brutal" mining activities are the reasons for soil degradation, he noted.
Mentioning the devastating effects of deforestation on soil, Öztürk said 45% of the world's forest presence has been turned into agricultural land, and if the degraded area is on a slope, it becomes useless due to erosion and is abandoned.
"As a result of the destruction of forests, the carbon and nitrogen balance of the soil deteriorates, plant nutrients and soil microbiological activity drop," he added.
Climate effects
Touching on climate-related soil issues, he said climate change, which occurs due to a rise in greenhouse gases and is accelerated by the use of fossil fuels, is one of the main factors affecting soil degradation.
"More floods, droughts and rising sea levels due to global warming accelerate soil degradation," he said.
Noting that soil degradation also causes climate change as well as being affected by it, he said 35% of the rising carbon dioxide in the atmosphere is the result of land destruction that started in 1850. Unsustainable agricultural activities and permafrost thawing have led emissions of methane gas to accumulate in the atmosphere that is 28 times more potent than carbon dioxide, he said.
"Everyone should do their part to protect the climate, nature and soil to reduce consumption and avoid waste because today the consumption of each individual is a burden on nature," he said.
Governments should give up fossil fuel-based energy policies, especially thermal coal power plants that cause soil degradation and air pollution, the expert stressed, suggesting that countries should work in line with the 2030 agenda of the U.N. Convention to Combat Desertification, which aims to halt and reverse land degradation.
"Practices that raise the soil's organic content, such as organic and organo-mineral fertilizers, should be encouraged for noncultivated agriculture, agroecological agriculture as well as sustainable agricultural practices," he added.
Soil erosion in Turkey
Speaking on soil erosion and degradation in Turkey, which has accelerated with the rising population and migration, he said urbanization wipes out approximately 11 hectares of soil every hour. "Turkey's 26.4 million hectares of agricultural land in 2001 declined to 23.2 million hectares in 2018," said Öztürk, adding that 642 tons of soil erode in Turkey annually.
"Erosion control, afforestation and restoration continue at a fast pace. Damaged pasture areas should be improved rapidly, erosion prevention projects in agricultural lands should be implemented and the producers carrying out this work should be supported," he suggested.
Despite losing tons of agriculture soil every year, Turkey has been working to stop soil loss since the 1970s. The amount of soil swept away by rivers in Turkey has been reduced compared to the 500 million tons per year back in the 1970s thanks to afforestation activities, changes of irrigation techniques in agricultural areas, improvement of rangeland and erosion control studies. In order to protect the soil for future generations, a more hands-on approach should be implemented.
World Soil Day
This year, World Soil Day was marked with a call to "stop soil erosion, save our future," to raise awareness on the importance of sustaining healthy ecosystems and the world population's wellbeing.
The day is meant to address the rising challenges of soil management and encourages governments, organizations, communities and individuals around the world to proactively improve soil quality.
Last Update: Dec 20, 2019 2:11 am
RELATED TOPICS