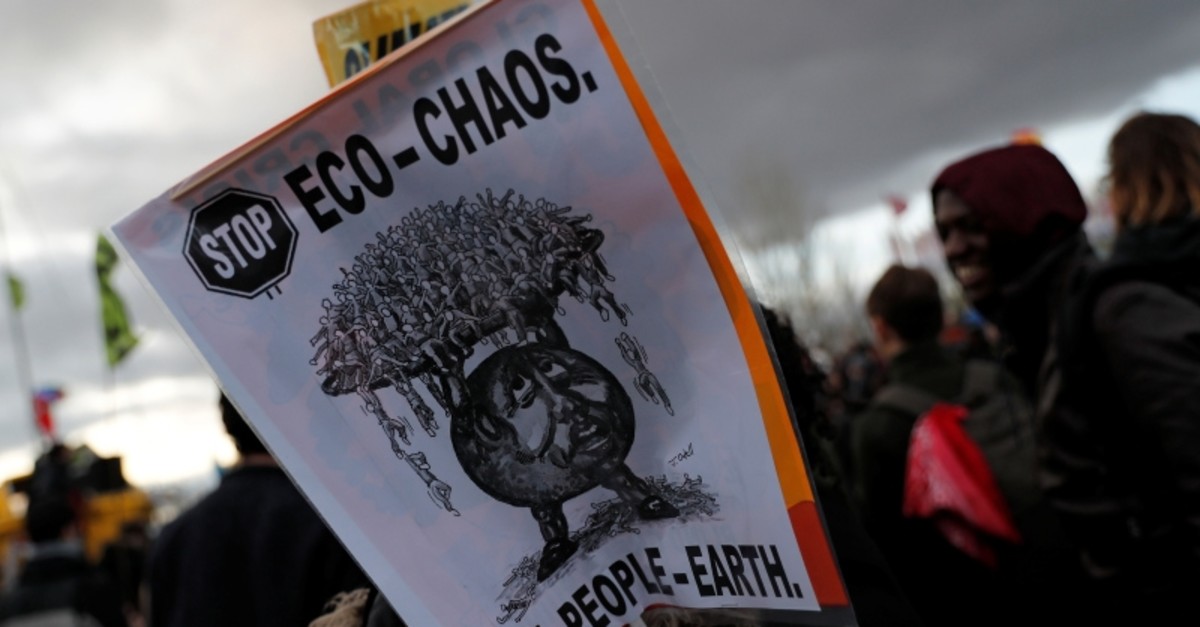 A U.N. climate summit in Madrid faced failure Saturday after all-night negotiations between countries left them more divided than ever over how to fight global warming and pay for its consequences.

Delegates from rich nations, emerging giants and the world's poorest countries all objected to a draft final text unveiled by host Chile in a botched attempt to find common ground. Following a year of climate-related catastrophes including deadly storms, flooding and wildfires, as well as weekly strikes by millions of young people, negotiations in Madrid were meant to send out a clear signal of governments' willingness to tackle the crisis.

The COP 25 summit also aimed to finalize the rulebook of the landmark 2015 Paris Accord, which goes into effect next year. Instead, delegates on Saturday were exasperated at what they called backward steps on the key political issue – how far each nation is willing to go to help stave off climate catastrophe.

"All references to science have gotten weaker, all references to enhancing the (ambition) have gone, it seems we prefer to look backward rather than looking forward," Carlos Fuller, head of the Association of Small Island States negotiating bloc, said in a plenary of the draft COP 25 final text.

Even after marathon talks between ministers, observers and delegates told AFP there were still significant splits on a number of issues. Old divisions between rich polluters and developing nations re-emerged in Madrid over who should slash greenhouse gas emissions by how much, and how to pay the trillions needed for humanity to adapt to a climate-addled world.

Newer fissures, meanwhile, between poor, climate-vulnerable nations and emerging giants such as China and India – the world's No.1 and No.4 emitters – also blocked progress.

In Saturday morning's public discussions, additional discord surfaced on how nations should refer to a string of scientific assessments of the state of the planet. But the bottom-line ask for climate-vulnerable nations is for some sign that all countries are willing to improve on emissions reduction commitments that would see the world careen toward runaway global warming.

'Prove it's worth it'

"The latest version of the Paris Agreement decision text put forward by the Chilean presidency is totally unacceptable," said Alden Meyer, policy director at the Union of Concerned Scientists and a veteran U.N. talks observer. "It has no call for countries to enhance the ambition of their emissions reduction commitments."

The United States, which is leaving the landmark Paris climate deal next year, was accused of playing spoiler on a number of issues vital to climate-vulnerable nations, including so-called "loss and damage" funding. "The US has not come here in good faith," said Harjeet Singh, climate lead with charity ActionAid. "They continue to block the world's efforts to help people whose lives have been turned upside down by climate change."

A number of countries were sticking to their own red lines Saturday, further imperiling the talks. The Paris deal enjoins nations to limit global warming to "well below" two degrees Celsius from pre-industrial levels.
But even if nations in Madrid snatch victory from the jaws of defeat and agree to implement their pledges, Earth is on course to warm more than 3C by 2100.

"It is time for this process to prove that it is worth something," said the delegation of Colombia.