Twice the size of Belgium: Fueled by climate change, Australia burning like never before 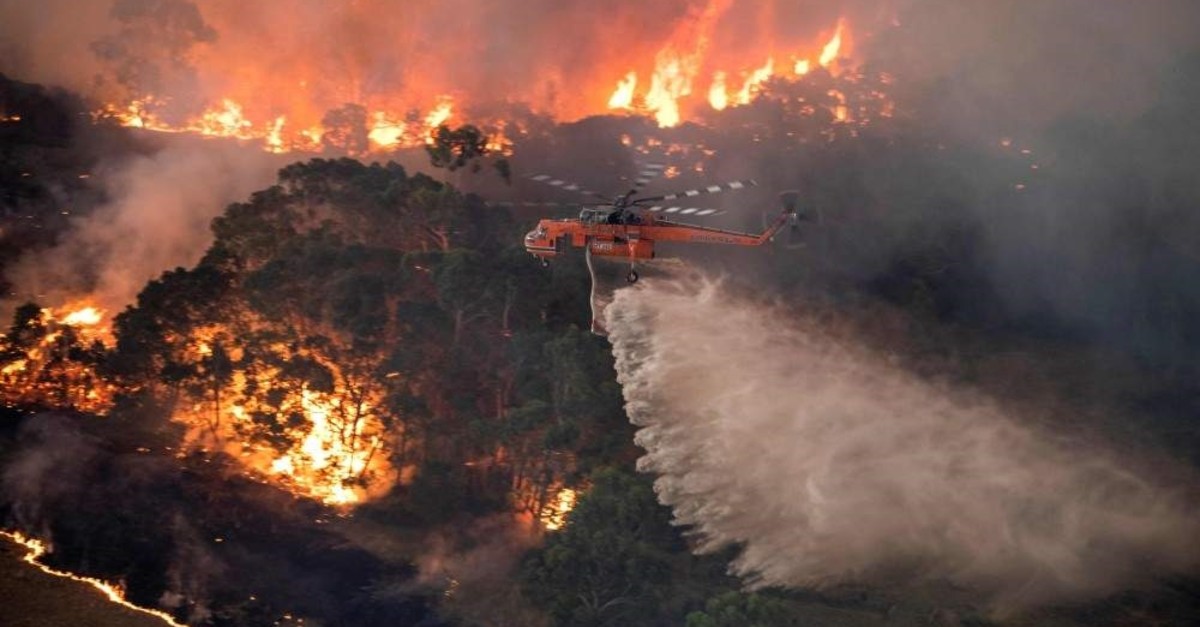 The bushfires in Australia are so severe they have already scorched an area almost the size of Ireland and twice as much as the fires in the Amazon. Authorities, meanwhile, are struggling to keep pace with the severity of the crisis

Stunned Australians are counting the cost from days of catastrophic bushfires that have caused "extensive damage" across swathes of the country and took the death toll from the long-running crisis to 24.

Seaside towns have been plunged into darkness, ash raining down on rural communities and major cities again cloaked in smoke. Neighboring New Zealand has also been blanketed by these fires, with skies turning shades of bright orange like a scene out of an apocalyptic movie.

In the state of New South Wales alone, almost 150 fires continued to burn, many out of control, with light rains offering little relief and blazes again touching the suburbs of Sydney.

Everywhere, people struggled to come to grips with a catastrophe that has taken place on a near-continental scale, unfurled over months and altered daily life for millions.

"We're in uncharted territory," New South Wales Premier Gladys Berejiklian said. "We can't pretend that this is something that we have experienced before. It's not."

Experts say Australia's unprecedented wildfires are supercharged thanks to climate change and the weather. And these fires are so extreme that they are triggering their own thunderstorms.

Here are a few questions and answers about the science behind these wildfires.

"There is something just intrinsically terrifying about these big wildfires. They go on for so long, the sense of hopelessness that they instill," Field said. "The wildfires are kind of the iconic representation of climate change impacts." 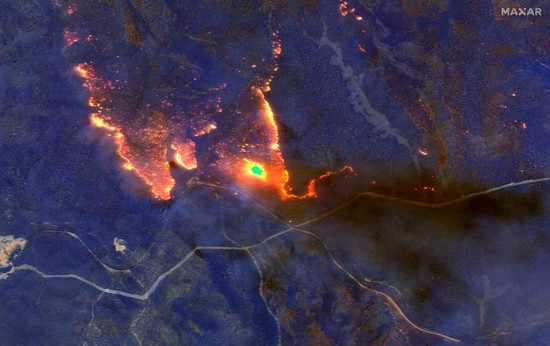 Is climate change really a factor?

Scientists, both those who study fire and those who study climate, say there's no doubt man-made global warming has been a big part, but not the only part, of the fires.

"What would have been a bad fire season was made worse by the background drying/warming trend,'' Andrew Watkins, head of long-range forecasts at Australia's Bureau of Meteorology, said in an email.

Mike Flannigan, a fire scientist at the University of Alberta in Canada, said Australia's fires are "an example of climate change."

A 2019 Australian government brief report on wildfires and climate change said, "Human-caused climate change has resulted in more dangerous weather conditions for bushfires in recent decades for many regions of Australia."

How does climate change make these fires worse?

The drier the fuel – trees and plants – the easier it is for fires to start and the hotter and nastier they get, Flannigan said.

"It means more fuel is available to burn, which means higher intensity fires, which makes it more difficult – or impossible – to put out," Flannigan said.

The heat makes the fuel drier, so they combine for something called fire weather. And that determines "fuel moisture," which is crucial for fire spread. The lower the moisture, the more likely Australian fires start and spread from lightning and human-caused ignition, a 2016 study found.

Australia's drought since late 2017 "has been at least the equal of our worst drought in 1902," Australia's Watkins said. "It has probably been driven by ocean temperature patterns in the Indian Ocean and the long term drying trend."

Is weather, not just long-term climate, a factor?

That means since mid-October persistent strong westerly winds were bringing hot and dry air from the interior to the coast, making the fire weather even riskier for the coasts.

"With such a dry environment, many fires were started by dry lightning events [storms that brought lightning but limited rainfall]," Watkins said. 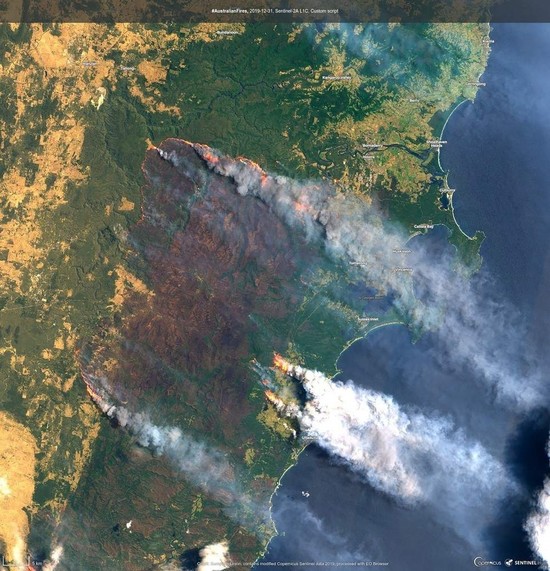 Are people starting these fires? Is it arson?

It's too early to tell the precise cause of ignition because the fires are so recent and officials are spending time fighting them, Flannigan said.

While people are a big factor in causing fires in Australia, it's usually accidental, from cars and trucks and power lines, Flannigan said. Usually, discarded cigarettes don't trigger big fires, but when conditions are so dry, they can, he said.

Are these fires triggering thunderstorms?

Yes. It's an explosive storm called pyrocumulonimbus and it can inject particles as high as 10 miles into the air.

During a fire, heat and moisture from the plants are released, even when the fuel is relatively dry. Warm air is less dense than cold air so it rises, releasing the moisture and forming a cloud that lifts and ends up a thunderstorm started by fire. It happens from time to time in Australia and other parts of the world, including Canada, Flannigan said.

"These can be deadly, dangerous, erratic and unpredictable," he said.

How can you fight these huge fires?

You don't. They're just going to burn in many places until they hit the beach, Flannigan said.

"This level of intensity, direct attack is useless," Flannigan said. "You just have to get out of the way ... It really is spitting on a campfire. It's not doing any good."

What does the long-term fire future look like for Australia? "The extreme fire season in Australia in 2019 was predicted," said Australian National University climate scientist Nerilie Abram. "The question that we need to ask is how much worse are we willing to let this get? This is what global warming of just over 1 degree Celsius looks like. Do we really want to see the impacts of 3 degree Celsius or more is like because that is the trajectory we are on." 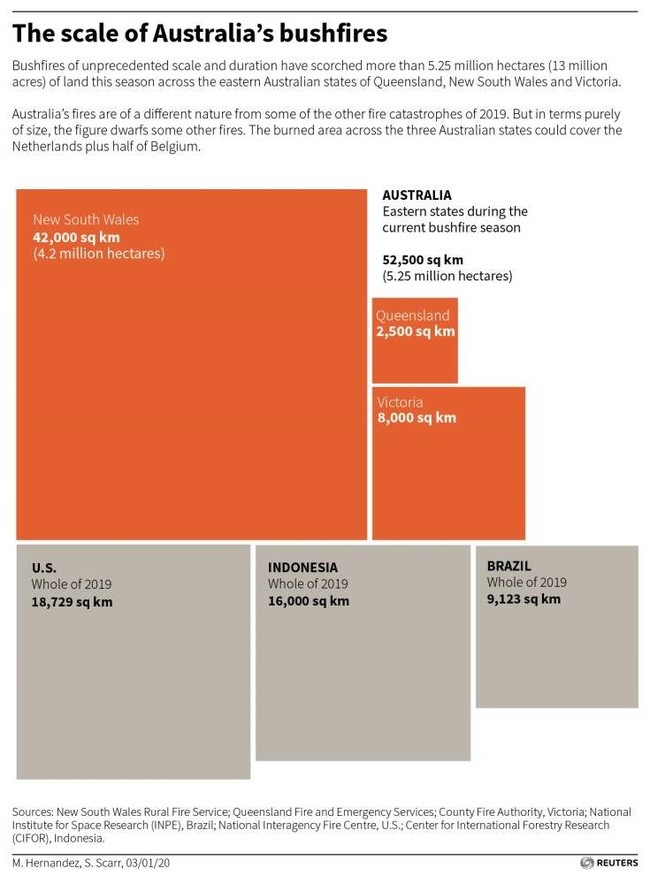 More than 6 million hectares (60,000 square kilometers) – about twice the size of Belgium – have been burned across the country.

In comparison, close to 2.5 million hectares of land was burned in August in the Amazon, the world's biggest rainforest. Almost 800,000 hectares were burnt in California in 2018 in one of the U.S. state's worst-ever wildfire seasons.

Some 24 people have died as a result of the bushfires, 17 from the most populous state New South Wales.

The death toll for Australia's wildlife is estimated to have hit 480 million in just New South Wales alone, according to a University of Sydney study. Experts fear the loss of animal life could be much higher than the estimates.

More than 1,500 homes have been destroyed so far, but authorities have warned the number is expected to rise. Entire towns in New South Wales and the neighboring state of Victoria were destroyed on New Year's Eve.